Findings could have implications for boosting COVID-19 vaccination rates 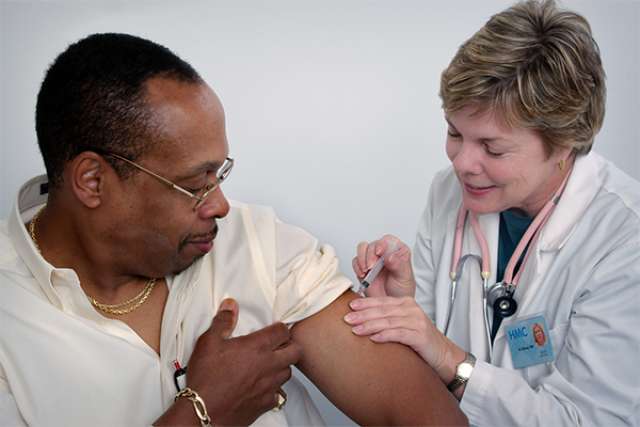 The research suggests that the extra time female doctors spend with their patients may be helpful in convincing people to get vaccinated.
April 14, 2021
Estimated read time: 3 minutes

New UCLA research suggests that elderly patients of female physicians are more likely than those of male physicians in the same outpatient practice to be vaccinated against the flu.

This trend holds for all racial and ethnic groups studied and could provide insight into improving vaccination rates for influenza, COVID-19 and other illnesses, according to the research letter, which is published in the peer-reviewed JAMA Internal Medicine.

Prior studies have shown that female physicians tend to spend more time with their patients, said study author Dr. Dan Ly, an assistant professor in the division of general internal medicine and health services research at the David Geffen School of Medicine at UCLA.

"Now we're trying to vaccinate against COVID-19, and we will soon get to a point where most adults who want a vaccine will get it," Ly said. "We'll then need to reach those who need more convincing in order to be vaccinated, and my research suggests that perhaps this extra time spent may be helpful in getting these patients vaccinated.

"In general, flu vaccines are 40% to 60% effective. But COVID-19 vaccines are more than 90% effective, and even more so against severe disease," he said. "This means that the time spent to convince a patient to get vaccinated against COVID-19 is time well spent, not to mention the societal benefits coming from it."

People in some racial and ethnic groups, particularly Black people, are less likely to be vaccinated for a variety of complex reasons.

Ly examined Medicare claims data from 2006 through 2016 for both male and female beneficiaries age 65 years and older from four racial and ethnic groups: white, Black, Asian and Hispanic. The research sample about included approximately 40 million patient visits to about 150,000 female physicians and 300,000 male physicians.

Ly also found that female physicians were more likely than male physicians to get patients with more chronic conditions and co-mordibities vaccinated.

Differences in communication style between female and male physicians, which have been documented in previous studies, may also contribute to the differences vaccination rates, Ly noted.