Pediatrician provides a voice for youth traumatized by family separation 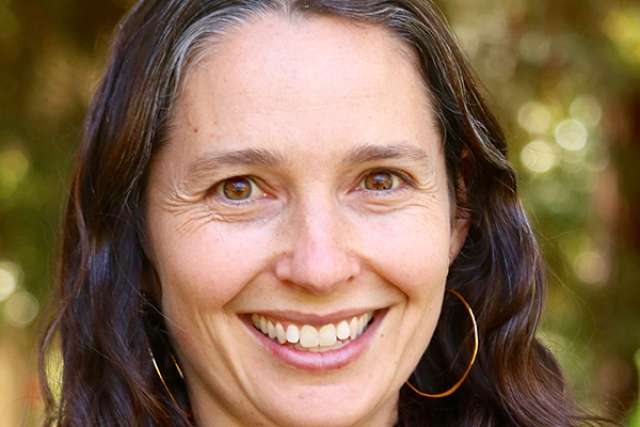 Growing up in Brentwood, Dr. Elizabeth Barnert was raised to be acutely aware of two versions of Los Angeles — one of privilege and one of social injustice.

Her psychiatrist father instilled in his daughter a love of science and big-picture thinking. Her mother, who fled Castro’s Cuba alone at 15, worked as a social worker counseling troubled high-school students, many of them first-generation Americans who butted heads with their immigrant parents over issues like cultural identity and gangs.

“My father took me to the library every Saturday and taught me the importance of life-long learning,” said Barnert, now an assistant professor of pediatrics at the David Geffen School of Medicine at UCLA. “At restaurants, my mother would speak in Spanish to the bus boys about their lives. She taught me how to connect with people and understand the value of their stories.”

Both lessons played prominent roles when Barnert, at 25, launched a research project that formed her UC Berkeley public health master’s thesis — and the basis for her upcoming book, “Reunion,” from University of California Press.

Chronicling the lifelong scars left by the military’s kidnapping of children from their parents during El Salvador’s bloody civil war, Barnert’s insights in the book are of equal relevance today as immigration drives searing new cycles of family separation at America’s borders.

From 2005 to 2009, Barnert volunteered with the Salvadoran non-profit, Pro-Búsqueda de los Niñas y Niños Desaparecidos (Search for the Missing Children), building a DNA database to match missing children with their biological families.

Her efforts helped to reunite some of the hundreds of disappeared children — many doled out by the military as favors to soldiers, dropped in orphanages or illegally adopted around the world — with parents and siblings.

In addition, Barnert conducted 50 field interviews and updated her notes over 15 years to examine the process of family separation and reunification in the aftermath of the war, which killed 75,000 people between 1980 and 1992.

“This is where my Cuban heritage really came into play,” recalled Barnert. “People trusted me with their stories because I shared their language and culture. The experience stayed with me my entire career.”

The surviving children, now adults, told of witnessing their parents’ torture and executions, of shrapnel slicing off their limbs, and of growing up on the streets with violent gangs.

Parents, racing through gunfire and bombs, described the agony of choosing which screaming child to carry or abandon, and desperately watching military helicopters steal their children into the sky.

Their harrowing accounts filled hundreds of pages of field notes, which Barnert saved as she earned her medical degree at UC San Francisco, completed her residency at Stanford, pursued a Robert Wood Johnson Fellowship and master’s in public health at UCLA, started her own family and joined UCLA Health’s pediatrics faculty.

Haunted by her memories of the traumatized families she met in El Salvador, Barnert established her clinical practice in Los Angeles County’s juvenile justice system, where she continued to advocate for children in distress.

She observed the same negative effects of family separation on the health of children imprisoned in Los Angeles as she did in El Salvador’s disappeared children: profound trauma, anxiety and toxic stress. Her research linked these childhood conditions to clinical depression, suicide and poor physical health in adulthood.

Barnert collaborated with Laura Abrams, chair and professor of social welfare at UCLA’s Luskin School of Public Affairs, to study the impact of minimum-age thresholds on children’s arrest and criminal prosecution.

She also began serving as an advisor on juvenile justice policy to Congress and the state legislature.

“Legislators listen to scientists,” Barnert said. “Partnering with lawmakers is a powerful way to improve children’s health and find solutions to the widespread poverty and racism harming American families.”

Her testimony and research helped seal the passage of four California laws that:

No minimum age existed previously; one California county referred a 5-year-old to probation for a curfew violation.

Barnert’s successful track record in social reform inspired her to publish a journal article offering a primer to other researchers interested in partnering with community stakeholders and policy makers.

Today, the passion for social justice that her parents instilled is the common thread that connects Barnert’s work in El Salvador to one of today’s most urgent modern humanitarian crises — the thousands of migrant children at U.S. borders longing for their own parents.

She is the co-leader of DNA Bridge/ADN Puente, a coalition of human rights scholars, community activists and genetic experts who have proposed a DNA database to reconnect children with their deported parents.

“Our mission is to create a genetic framework that uses forensic DNA as a tool to reunite families — and to teach others how to apply it ethically,” Barnert said. “As the number of unaccompanied minors surges at the U.S.-Mexico border, we encourage government leaders to take advantage of our expertise.”

In the meantime, she continues to speak out in the media about the lasting harm done to children separated from their families by migrant detention and the criminal justice systeem.

Children’s rights, health and medical care need to be addressed, regardless of the unfolding legal process, she emphasized.

“For a healthy society, children need to have voices in America and adults need to listen to them,” Barnert said. “That’s the solution.”