'Physician partners' free doctors to focus on patients, not paperwork 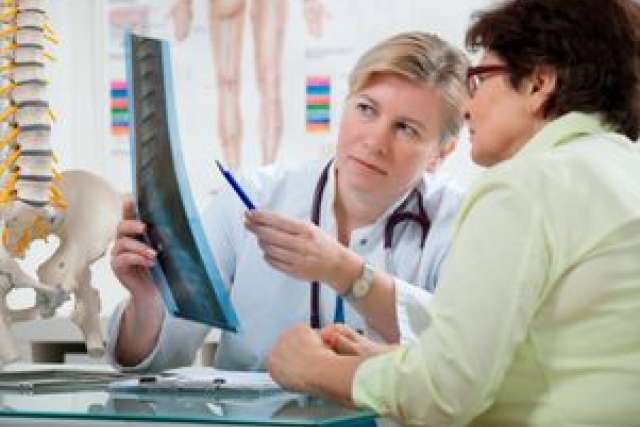 But a new UCLA study suggests a simple way to lighten their load: a "physician partner" whose role would be to work on those administrative tasks, such as entering information into patient records, that take up so much of doctors' time. A physician partner allows doctors to focus more of their attention on their patients and leads to greater patient satisfaction with their care, the UCLA researchers say.

The study is published online in the peer-reviewed journal JAMA Internal Medicine.

"Patients want their doctors to spend time with them and give them the attention that makes them feel more confident in their medical care — they don't want to just sit there while their doctor is on the computer," said Dr. David Reuben, chief of the division of geriatrics at the David Geffen School of Medicine at UCLA and the study's primary investigator. "This also saves physicians a huge amount of time after patient sessions end, enabling them to spend more time with their families, keep up with the latest developments in medicine and come back refreshed the next day."

The length of patient visits for the general internists who had a partner was not significantly shorter. These physicians did, however, spend less time between patients on visit preparation and note-writing, which allowed them to catch up on other work, such as returning calls and dealing with clinical issues involving patients who were not in the office. As a result, they saved nearly 40 minutes during the four-hour sessions and had essentially no paperwork remaining at the end of the sessions.

Among patients, 79 percent thought the physician partners contributed toward making their visit run smoothly, and only 18 percent were uncomfortable with the partners' presence. In addition, 88 percent of the patients whose doctors had a physician partner in the room strongly agreed that their physician spent enough time with them, compared with 75 percent whose physicians did not have a partner.

The study is limited by the fact that only five doctors in two practices at one academic health center participated in the study, and there were too few doctors to statistically analyze satisfaction and burnout scales, the researchers note. Also, the geriatric patients were more likely to feel comfortable with the physician partners in the room than the general medicine patients, perhaps because older patients are more accustomed to having someone else, such as a caregiver or family member, in the room during their doctor visits. Also, the researchers did not evaluate the quality of care the patients received.

Still, "the Physician Partners program provides a potential model to improve physician efficiency in the office setting without compromising patient satisfaction," the researchers write. "Implementation and dissemination will depend upon local factors including staff availability and training, adaptation to the patient population and practice characteristics, cost and reimbursement structures, and willingness to invest in change."