Planning a trip abroad? Before you pack, check the air pollution levels 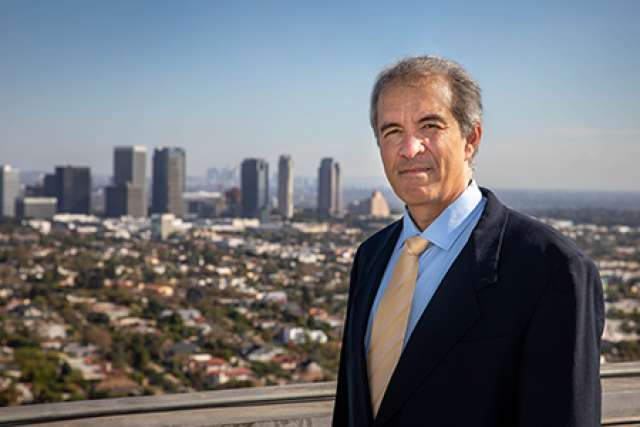 Dr. Jesus Araujo, professor of medicine and director of environmental cardiology at the David Geffen School of Medicine at UCLA, was lead author of the study.
November 25, 2019
Estimated read time: 4 minutes

There are many things people research when planning a vacation or business trip abroad — such as the weather, how to get around a city and where to access free Wi-Fi. But one important piece of information that some people don’t look at is a city's air pollution levels.

A new study by researchers at UCLA shows that even a short-term visit to a severely polluted city can be detrimental to one's health. The study involved 26 non-smoking, healthy adults (with a mean age of 23.8 years) who traveled from Los Angeles to Beijing during the summers of 2014 and 2015 over a 10-week period. The study participants were split into two groups and blood samples were taken in the first group at eight weeks and in the second group at six weeks after arrival in Beijing. The study was done in collaboration with Peking University in Beijing.

The study participants experienced significant health changes during their time in Beijing, including higher levels of oxidized fats, causing increased heart inflammation; and a change in enzyme function, which is associated with heart disease. The study also found that these individuals had up to an 800% greater concentration of air pollutants in their bodies than they did when in Los Angeles.

The good news is that when they returned to Los Angeles, most of the negative health effects largely reversed within four to seven weeks. The research is published in the journal Circulation from the American Heart Association.

"It's widely known that long-term exposure to air pollution is associated with increased cardiovascular disease. But it was unknown whether a short-term visit to a location with severe air pollution could have any significant impact," said the lead author of the study, Dr. Jesus Araujo, professor of medicine and director of environmental cardiology at the David Geffen School of Medicine at UCLA. He is also a professor of environmental health sciences at the UCLA Fielding School of Public Health.

“It's likely that the health effects would be even more prominent after longer exposure to air pollution, repetitive travels, or among individuals with preexisting health conditions," said Yan Lin, first author of the study and now a postdoctoral associate at Duke University's Global Health Institute.

Neither Beijing nor Los Angeles is known for its clean air, but Beijing's air quality is significantly worse. The concentration of airborne particles in Beijing was on average 371% higher than in Los Angeles during the time of the study.

"Los Angeles used to be nearly as polluted as Beijing is today," said Yifang Zhu, co-lead author of the study and professor of environmental health sciences at the Fielding School. "A city's air quality can improve markedly when effective environmental policies are put into place," Zhu said.

It's important to note that Beijing is only one of many highly polluted cities that draws millions of tourists and business travelers each year. Several other cities in China and India are among the most polluted in the world. Even London and Paris have pollution levels that exceed the legal limits set by the World Health Organization.

Frequent travelers may find it reassuring to know that the study's participants returned almost completely to their normal, healthy states after getting back to Los Angeles. However, some might think twice before boarding a plane for an extended visit to one of the aforementioned cities.

There are some ways to mitigate the risk of developing health issues when traveling to polluted cities. Araujo recommends avoiding intense physical activity, such as running outdoors or hiking. For individuals with preexisting cardiovascular health conditions, avoiding travel to these locations for extended periods of time is another consideration, especially around peak times of high air pollution levels. If one must travel for extended periods of time, the doctor recommends staying indoors as much as possible with air purifiers running.