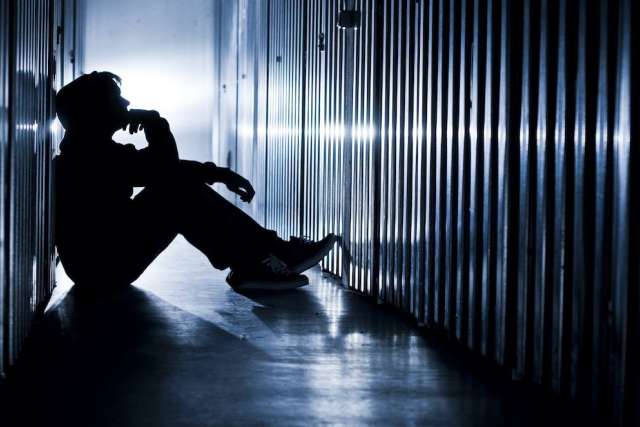 An opportunity for residents to work with patients outside the walls of academia is putting health equity and justice at the forefront of care.

The opportunity is with the Los Angeles County Office of Diversion and Reentry Division (ODR), a program that redirects individuals with serious mental illness from the criminal justice system into community-based care.

“We do clinical and legal interventions to remove people with serious physical and mental disorders out of the jail to bring them into housing and care,” says Kristen Ochoa, MD, MPH, medical director for the Office of Diversion and Reentry, Los Angeles County Department of Health Services and assistant clinical professor at the David Geffen School of Medicine at UCLA.

“We exist as an answer to the societal problem that we are attempting to address, which is that people should be in housing and have care instead of ending up in jail.” 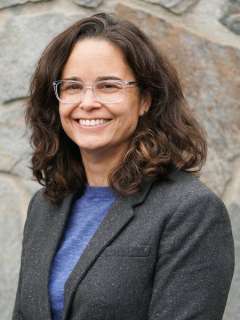 In Los Angeles – which has the largest county jail system in the nation – there are thousands of people trapped in a cycle of incarceration and homelessness. Data from March 2022 show that 5,796 people within the jail system were diagnosed with mental illness.

“What’s really embarrassing is that that number represents 40% of the total jail population and it’s 67% of the women’s population. It’s really bad and I don’t think people understand that this is going on,” says Dr. Ochoa.

Incarceration and mental health are intertwined

A lack of adequate and available mental health services mixed with the scarcity of affordable housing and other complex, systemic dysfunctions such as racial segregation, poverty and discriminatory policies have led to more people with mental illness in jails or on the streets.

Dr. Ochoa says the first time she stepped into a jail, she did not expect it to be filled with such a large population of people who are experiencing mental illness and homelessness.

The Los Angeles County jail has become the “de facto mental health institution and homeless shelter” for unhoused people with mental illness, according to a 2021 report from the UCLA Luskin Center for History and Policy, which tackles the history of homelessness in Los Angeles and provides policy recommendations.

“It’s a public health embarrassment and disgrace that Los Angeles is the capital of the most people incarcerated with serious mental health disorders anywhere in the world,” Dr. Ochoa says. “I feel like it's a responsibility to understand why that's happening, because if we're not the ones who understand it and are going to do something about it, who's going to do something about it, whose responsibility is it then?”

The Office of ODR is made up of many programs meant to reduce the number of incarcerated people in the Los Angeles County jail with mental health and/or substance use disorders, by providing them with interventions such as care and housing. 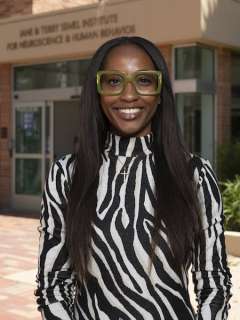 Brittany Tarrant, MD, MS, child and adolescent psychiatry fellow at UCLA, works at a community home which houses 20 women that have been found incompetent to stand trial.

“These are women who were on substances and/or in an acute manic or psychotic phase during the time of their crimes,” says Dr. Tarrant. “A lot of them have a history of trauma, sexual assault, history of substance abuse, a mood or psychotic disorder and involvement in the child welfare system.”

The house where Dr. Tarrant works has a case manager, clinical nurse and a clinical director who also serves as a social worker. She says the environment is very supportive.

“Unfortunately, mental illness has been criminalized and I think that ODR has shown that when individuals have the opportunity to be properly housed, treated and restored, the results are remarkable,” Dr. Tarrant says. “They do extremely well and it keeps them from going back into the cycle of jail.”

Awaiting trial or just one day in jail can lead to long-term consequences. Research shows that exposure to violence in jail and prison exacerbates mental health disorders and can lead to post-traumatic stress symptoms such as anxiety, depression, suicidality, and difficulty with emotion regulation.

Jails have never been equipped to care for people with mental illness, says Jobert Poblete, MD, a psychiatrist and former UCLA resident who works for the ODR program.

“I have a couple of patients with PTSD from contact with police,” Dr. Poblete says. “Can you imagine somebody who maybe has deficits that they're dealing with because of mental illness, and then, suddenly, the police come in this really threatening way? That can be very, very traumatic.”

He says as an outpatient psychiatrist, he is sometimes put in a position where a patient is in crisis. “You’re thinking about, well, what’s going to happen if I call emergency services; who will respond? Will it be police? Will they help my patient, or will they arrest them or worse?”

Dr. Poblete says there are people in jail for situations in which they should have been brought to the hospital. 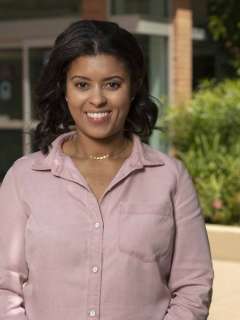 The connection between incarceration and mental health is intertwined, says Conisha Cooper, MD, resident psychiatrist at UCLA, who works for the ODR program.

“There are so many layers to the dysfunction, and it's hard to identify what the first domino is,” she says. “The problem is really at the intersection of mental illness, availability of mental health providers to treat people with serious mental illness, over-criminalization of substance use, not enough affordable housing – the list goes on and on.”

Making up the shortfall

Since 1995, California has lost almost 30% of its acute care psychiatric hospital beds used for patients experiencing a psychiatric emergency that requires a hospital stay. This leaves people with limited options for treatment, often seeking help in emergency rooms or jail.

Additionally, there’s a lack of mental health professionals – particularly those who take Medi-Cal.

“Especially in a place like Los Angeles, where we have so many people who are not housed, there’s a really, really high need for mental health providers,” says Dr. Cooper. “People experiencing homelessness are not afforded the privacy of having their crisis in their home.

“So if something is going on, they're having a crisis outside or on the street, and a stranger is most likely going to call the police. It compounds the bias against underserved, underinsured or uninsured people.”

Additionally, substantial investments are necessary to meet the demand for care, including housing – “foundational for any kind of success,” Dr. Cooper says.

ODR helps to relieve this crisis by providing interim and permanent housing, adequate care and referrals to social services.

And because hours are more flexible for third-year residents, they are able to spend more time with their clients than in typical settings. 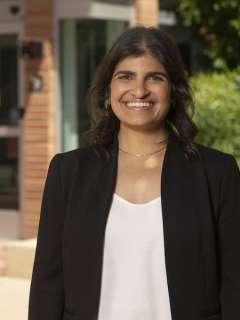 “These are folks with serious mental illness who have the same hopes and dreams for their lives as we do. They want a place to live independently. They often want to have some sort of employment. And they certainly have fallen on harder times,” she says. “I've seen many people come from jail that are very ill, get on a treatment regimen, do better, and then graduate and get their own housing. That's really been rewarding to see.”

What’s best for clients, Dr. Cooper says, is a reduction in distress and symptoms, access to care, medications and proper follow-up, and most of all, stable housing.

“Every time I go to my ODR sites, I leave feeling really satisfied,” says Dr. Cooper. “The clients I take care of are wonderful. It’s just gratifying work to be doing.”

There are about 20 resident psychiatrists working for ODR at any given time, says Dr. Ochoa. Most hear about the program through word of mouth.

“I actually heard about this specific program on my UCLA interview day, when I was a fourth-year medical student, because of one of my interviewers,” says Dr. Cooper. “I started in August 2021, during my third year.”

More than anything, Dr. Tarrant wants the public to know that the work she and other residents are doing through the ODR program is important, “because we’re treating individuals that deserve this care.”

“They’re not just people that have committed crimes,” she says. “They are individuals that have had struggles in their lives and are in this program doing the work to get better.”

Learn more about the UCLA Psychiatry Office of Justice, Equity, Diversity, and Inclusion.