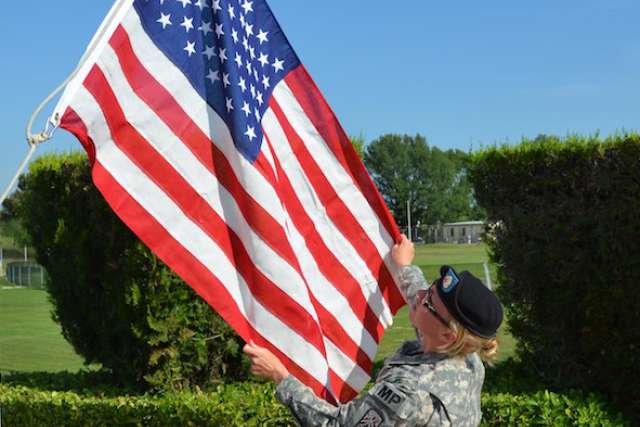 Female veterans suffering from post-traumatic stress disorder (PTSD) were substantially more likely to have ischemic heart disease than those without PTSD in a study presented at the American College of Cardiology's Annual Scientific Session Together with World Congress of Cardiology (ACC.20/WCC).

The new study is the largest and most comprehensive to date evaluating the association between PTSD and ischemic heart disease in women. Ischemic heart disease is a leading cause of death in the U.S. and includes heart attacks, chest pain and other problems caused by clogged or hardened arteries in the heart (a condition known as coronary heart disease) or abnormalities in smaller vessels.

"The association we found was incredibly strong," said Ramin Ebrahimi, MD, professor of medicine in the department of cardiology at UCLA Health, who is also affiliated with the Veterans Affairs (VA) Greater Los Angeles Healthcare System. He is also lead author of the study. "We have a rising number of women veterans, and a large proportion of them—nearly 1 in 5—have PTSD. These women are at high risk for heart disease, and what's more, they appear to be getting it at a younger age—even in their 40s. This is not something we can ignore."

The researchers used a nationwide VA database to analyze health records from more than 835,000 female veterans who visited any VA facility at least twice between 2000-2017. On average, patients in the sample were just over 50 years old at the end of the study period. More than 150,000 (about 18%) had been diagnosed with PTSD.

Overall, the women with PTSD had a 20% increased risk of having ischemic heart disease than those without PTSD. This association remained extremely strong and independent when researchers accounted for a comprehensive panel of risk factors—conditions or traits that could heighten the risk of heart disease—including age, elevated blood pressure, cholesterol, diabetes, obesity, chronic kidney disease, neuroendocrine disorders, psychiatric disorders, smoking and alcohol and illicit drug dependence.

Ebrahimi said previous studies of PTSD and heart disease have typically accounted for fewer risk factors or assessed PTSD status based on symptoms rather than a documented diagnosis. The new study's unique methodology strengthens the evidence that PTSD is independently related to heart disease, rather than a relationship mediated by other health conditions or lifestyle factors.

No matter how many variables we accounted for, PTSD still came out to be independently associated with ischemic heart disease," Ebrahimi said.

Researchers also accounted for female-specific risk factors, including those related to pregnancy such as gestational diabetes, gestational hypertension and problems with the placenta such as separation of placenta from the uterus or infarction of placenta.

Women with PTSD were about 47 years old, on average. This was five years younger than the average age of those without PTSD, suggesting the risk should be taken seriously even in younger women.

"There may be practice implications for earlier, more routine and a higher degree of screening, at least for this group of at-risk patients," Ebrahimi said.

While we don't know why PTSD might affect or influence heart health, Ebrahimi explained several possibilities have been proposed, including elevated levels of the stress hormone cortisol, inflammation, blood clotting disorders, endocrine disorders—such as thyroid and adrenal—and other disorders that may affect blood pressure, heart rate or other metabolic factors, such as glucose or lipids.

PTSD is a mental health condition that can develop after a person experiences or witnesses a traumatic event. Previous studies, mostly focused on men, have yielded mixed findings on the relationship between PTSD and heart disease. Ebrahimi and his team plan to continue their study to investigate the mechanisms through which PTSD might contribute to heart disease, as well as the timing of when each condition arises.

Ebrahimi said the study underscores the need for further research on heart disease in women, a group that has historically been understudied. Further research could also shed light on whether the relationship between PTSD and heart disease also extends to women who have not served in the armed forces.

For more information on this study, visit: acc.org/about-acc/press-releases/2020/03/18/08/29/ptsd-strongly-linked-with-heart-disease-in-female-veterans