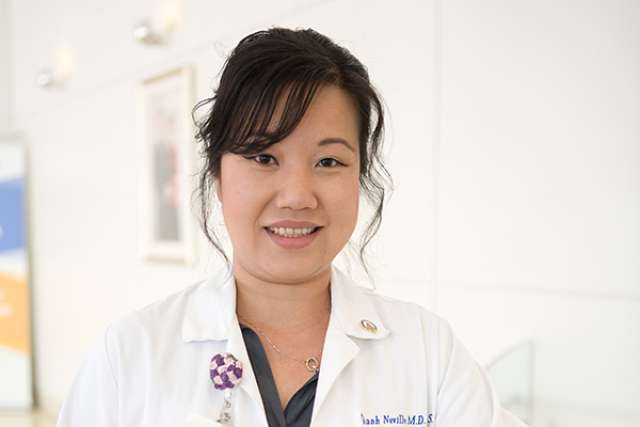 Physicians and patients' family members sometimes clash when a patient is so ill that further treatment simply won't help. Known as "futile treatment" or "potentially inappropriate treatment," aggressive medical interventions that are highly unlikely to benefit patients sometimes proceed because families are unwilling to accept the recommendation of doctors.

A new UCLA study suggests the general public does not fully grasp the meaning of these terms, although the concept is important to understand so that families can make fully informed decisions for their loved ones. The study, which the researchers say is the first to examine this issue, is published in the peer - reviewed journal Annals of ATS.

Futile treatment has been debated for years by clinicians, ethicists and legal consultants, but experts have recently highlighted the need to increase public engagement in this discussion, said lead author Dr. Thanh Neville, an assistant professor of pulmonary and critical care medicine at the David Geffen School of Medicine at UCLA.

"Our study showed that most laypersons believe that families have the right to pursue aggressive treatments over the refusal of physicians, promoting patient autonomy while subjugating concerns about limited societal resources," she said. "These issues will likely become more relevant as resources for medical care become increasingly scarce in an overstretched health care system, such as during the COVID-19 pandemic."

International medical experience has shown that for some people who are frail and older or who have high - risk conditions, aggressive care has not been effective. The pursuit of non-beneficial treatment can also result in decreased availability of care for other patients, Neville said, which makes understanding the concept of inappropriate intensive-care treatment especially critical.

The researchers conducted focus groups with 39 participants aged 18 and older who either had hospitalized relatives or had been hospitalized themselves. None were trained in the medical field. Participants initially had difficulty understanding the concept of potentially inappropriate treatment and said the current nomenclature was inadequate. They also said there was suboptimal physician–patient communication and public discussion about end-of-life issues. The participants were skeptical that medical treatment could be completely inappropriate or futile, and expressed fear that the concept of medical futility could undermine patient-and-family autonomy.

While participants eventually grasped the concept of futile treatment after being presented with a series of hypothetical cases, most still felt that families should pursue aggressive treatments despite physicians' recommendations against them. Neville described a discussion in which the participants agreed that it was medically inappropriate to keep a comatose, elderly patient with end-stage metastatic cancer alive on mechanical life support, and yet they also strongly believed that the family had the right to request and receive this treatment should they choose.

"Our findings beg for public attention and attentive discussion," said Dr. Neil Wenger, the study's senior author and a professor of general internal medicine and health services research at the Geffen School.

The findings are limited, the researchers noted, because focus-group participants were recruited from among a responses may not reflect the diversity of opinion that can exist among different ethnic and racial groups.

The same UCLA team had previously shown, in studies published in JAMA Internal Medicine and Critical Care Medicine, that futile treatment is common and that it occurs at the cost of compromised care for patients who may benefit.