Q&A: A drug-free option for treating ADHD in children 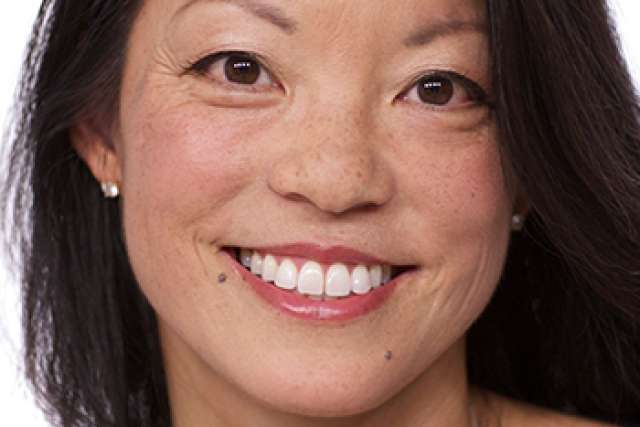 Deciding how to treat attention deficit hyperactivity disorder in children can be a difficult decision for parents. Stimulants, such as Adderall and Ritalin, are the most commonly prescribed ADHD treatments — and are considered to be the most effective.

But in April, the FDA approved the first device-based, non-drug therapy to treat ADHD in children. The FDA decision followed the completion of a UCLA study demonstrating the effectiveness and safety of a trigeminal nerve stimulation device that could be a new option for treating the disorder.

The device tested in the study was developed using technology invented at UCLA and licensed by NeuroSigma, a Los Angeles-based company focused on developing electronic medical devices. Called Monarch eTNS, it treats the symptoms of ADHD by sending gentle electrical pulses to the trigeminal nerve, which transports sensation from the face and head to the brain, and indirectly leads to stimulation of multiple brain regions.

The device, which is about the size of a mobile phone, is loosely attached to the child's pajamas, and it has two wires that connect to an adhesive patch that is worn on the forehead during sleep.

The study's co-principal investigators were Sandra Loo, a professor-in-residence of psychiatry and biobehavioral sciences at the David Geffen School of Medicine at UCLA and a member of the Jane and Terry Semel Institute for Neuroscience and Human Behavior; and Dr. James McGough, co-director of the ADHD Clinic at the Stewart and Lynda Resnick Neuropsychiatric Hospital at UCLA. Dr. Ian Cook, professor emeritus of psychiatry and bioengineering at UCLA, is a co-inventor of trigeminal nerve stimulation and an author of the study; he also is senior vice president and chief medical officer at NeuroSigma.

Loo discussed the device and its potential in ADHD treatment.

How do you determine which children should be treated with trigeminal nerve stimulation?

Currently, there is no empirical way to predict whether a child will respond better to one treatment as opposed to another. For now, the decision is made according to the clinical expertise of the treating professional in conjunction with the wishes of the parent.

But there are a good number of parents who would like to avoid pharmacological treatment, especially after a child is newly diagnosed. And there are children who don't respond well, or at all, to stimulants, or who experience unwanted side effects. Hopefully, future research will help us identify individual characteristics that predict which treatment will likely work for that person.

How does the device differ from other treatments?

This is the first FDA-approved, treatment device for ADHD that can be used at home while the child sleeps. TNS is non-pharmacological and noninvasive, and it has very few side effects, none of which is clinically significant or severe.

A very mild stimulation is delivered to the forehead for eight hours nightly as the child sleeps. The direction we give parents is to turn it up until the child feels it, and then turn it down one step. It's noninvasive and is nothing like electroconvulsive therapy.

The device indirectly stimulates the brain through the cranial nerves, which then send signals to various areas in the brain that we think may be involved in ADHD.

Compared to compared to stimulants like Ritalin and Adderall, how effective is the device for ADHD?

A head-to-head study has not been done, so we can only compare how effective the treatments were in their own clinical trials. Trigeminal nerve stimulation performed better than other non-drug treatments, like behavior therapy, and is roughly equivalent to nonstimulant medications used to treat ADHD, such as guanfacine and atomoxetine. Stimulants performed slightly better in their clinical trials. So it would appear that stimulants remain the most effective treatment for ADHD, except in children who experience adverse side effects with stimulant medication.

Did the study show an effect on sleep quality?

During our first study of the device, parents reported significant improvements in their children's sleep. In the second clinical trial, we did not see any improvement or worsening of sleep in study participants. No one stopped treatment because of difficulty sleeping. We are doing further analyses to better understand the effect of TNS treatment on sleep.