Q&A: Why the LGBTQ+ community is at greater risk from COVID-19 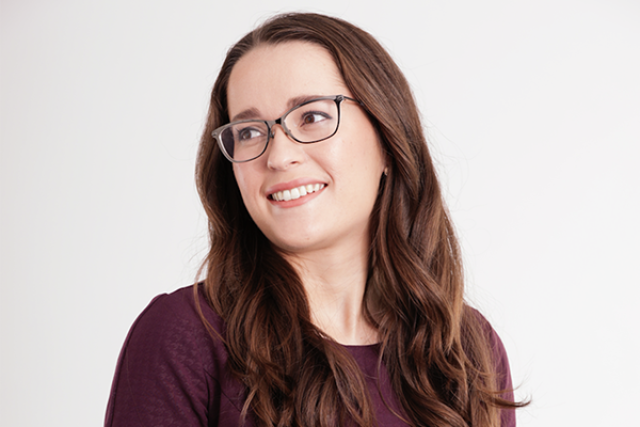 More than 200,000 LGBTQ+ adults in California have medical conditions that increase their vulnerability to the effects of COVID-19, according to new research by Kathryn O’Neill, a policy analyst with the Williams Institute at the UCLA School of Law.

O'Neill will share her findings in a webinar hosted by the UCLA Center for Health Policy Research at noon on Monday, June 29. She gave UCLA Newsroom a preview.

Yes, the LGBTQ+ community experiences these conditions at a greater rate than the general population. I say LGBTQ+ in this case instead of LGBTQ+, because the data I used didn't include an option for people to identify as queer or other identities, but I expect most of these findings apply to them as well.

A lot of previous research exists that shows this population is at heightened risk in various realms. That includes an increased likelihood of poverty, especially among certain groups, like bisexual women or transgender people. In this data, we found that as of 2018, about 612,000 LGBTQ+ Californians were already living below 200% of the federal poverty level, about 140,000 were unemployed and more than 300,000 faced food insecurity. All of those figures are likely getting worse now, since about 814,000 were working in industries that recently experienced dramatic pandemic job losses, such as health care, construction, hospitality and retail.

You used data from 2015 to 2018 from the UCLA Center for Health Policy Research's annual California Health Interview Survey. Why did you decide to look just at California?

Most states just aren't collecting the data. The Williams Institute has done a lot with CHPR data, and they're a great resource. It is particularly helpful that their data is so accessible online, through the AskCHIS tool, which is what I used. We look forward to using future waves of data to study the impact of COVID-19.

But in the meantime, if the entities collecting COVID-19 testing information could also collect sexual orientation and gender identity data, we would know more about how the community is really being affected. They already collect data on things like sex, race and age. That's how we know that Black people are dying at a higher rate and that we need to do something about it. Without sexual orientation or gender identity data, we don't know how LGBTQ+ people of all racial and ethnic backgrounds are affected.

In your report, you found that 134,000 LGBTQ+ Californians lack health insurance. What are some of the other challenges you found related to health care access?

There are two ways I think about access in this report: cost-related and discrimination-related. A large proportion of the LGBTQ+ population — 231,000 people — have trouble paying medical bills for themselves or their family. Cost, lack of insurance and other insurance-related reasons caused 150,000 LGBTQ+ Californians to delay or skip needed medical care.

Discrimination can also prevent them from accessing health care. For instance, in a separate study, the U.S. Transgender Survey, a third of transgender people reported having a negative experience the last time they got medical care. And now we have the Trump administration's recent attempts to roll back sexual discrimination protections for LGBTQ+ people, reversing the definition of sex to only biologically male or female. Fortunately, California has state laws which protect LGBTQ+ people from discrimination. But in the 28 states without those protections, the Trump administration is essentially allowing people to discriminate against transgender people, and that increases the harm they will experience when trying to get health care in the middle of a pandemic.

How can this report help?

I think there are a couple of different takeaways. One would be to design interventions with this data in mind. Emergency response organizations and those providing resources during this time should reach out to LGBTQ+ people — and ensure that they are inclusive and welcoming. We need to help those who are vulnerable, but it's best not to have a one-size-fits-all approach.

That leads to the second takeaway. We already know that some populations are dying at higher rates because we're collecting that data, so we can design interventions to help them. I'd love to see more data collection on sexual orientation and gender identity. It's great that we have some of this data for California. Increasingly, surveys are collecting sexual orientation data, but there are only two national health surveys collecting gender identity data.

I think these issues are important and deserve more attention. People are fairly familiar with inequities across race and ethnicity, and I think that's in part because it's studied and we have so much data. There's a lag in data for the LGBTQ+ community.

My professional work centers on poverty and inequity. At the Williams Institute, we all started strategizing the first week of quarantine about projects that would be helpful at this moment in history. Looking at variables exposing people to harm from coronavirus was an obvious choice.