Race and research: How public health experts can reduce racial bias in their work

As journal guest editor, UCLA professor writes about how study results may be influenced by conscious or unconscious assumptions 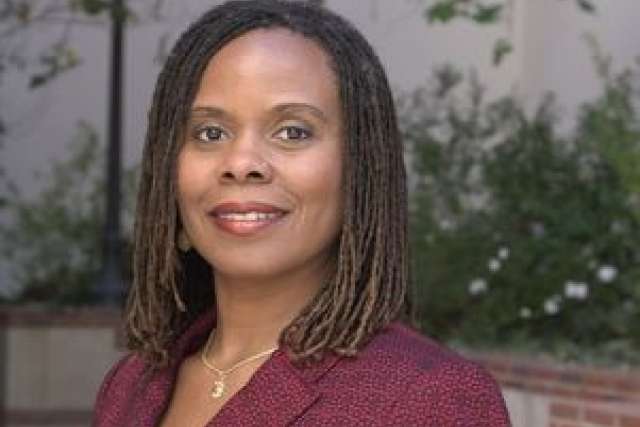 How can public health researchers address racism? That's the focus of a supplement to the latest issue of the journal Ethnicity & Disease, for which UCLA professor Chandra Ford served as a guest editor.

"Race is a social construct and not a biological attribute, but scientists continue to design studies that reinforce the notion that race and ethnicity are causes of health outcomes," said Ford, an associate professor of community health sciences and the founding director of the Center for the Study of Racism, Social Justice & Health at the UCLA Fielding School of Public Health.

The journal supplement includes a collection of papers based on critical race theory, a concept developed more than three decades ago by legal scholars that illuminates the subtle ways racism matters in any situation.

"Critical race theory helps public health researchers avoid common pitfalls that pervade the field and limit the capacity to achieve equity," Ford said. "These pitfalls include erroneously targeting biological or cultural characteristics of minorities as the root cause of the disease, thus missing the true cause; and conflating the effects of racism with those of race or ethnicity and reinforcing racial or ethnic stereotypes."

For example, Ford said, a researcher might incorrectly jump to a conclusion that differences between white and black people observed in a study are due to genetic factors, even if that researcher did not actually analyze their genetic backgrounds.

A paper by Ford and colleagues in the supplement examines the public health version of critical race theory, called "public health critical race praxis," which she and Collins Airhihenbuwa, a professor of health management and policy at Georgia State University, coined in 2010. Scientists can use the praxis to minimize the risk of inserting racial bias into their research.

A team led by Ford applied the praxis to an ongoing study in which they are analyzing the type of care received by a group of people who were diagnosed with HIV between 2008 and 2012. All of the authors of the HIV research completed brief, confidential questionnaires asking what they believed the outcomes would be for the research questions they plan to answer, including any racial or ethnic patterns they expect to find.

The study of possible bias in the HIV research is not complete, but Ford and her colleagues will compare the authors' assumptions with the actual data the study produces to determine whether the authors' biases could have affected the results.

For the ongoing study, Ford and her colleagues also plan to analyze whether the services HIV patients receive is affected by the race and ethnicity of the health care workers who are caring for them.

"These are just two examples of how public health critical race praxis can be applied to research," Ford said. "This is not a formula, but a broad, standardized approach that researchers can use to draw attention to how racism can influence the empirical work that they do."

The paper's co-authors are Lois Takahashi of the Price School of Public Policy at the University of Southern California; P. Paul Chandanabhumma, a Fielding School doctoral candidate; Maria Elena Ruiz, an adjunct associate professor at the UCLA School of Nursing; and Dr. William Cunningham, a professor of internal medicine at the Geffen School of Medicine at UCLA. All of the authors are affiliated with the Center for the Study of Racism, Social Justice & Health, which opened in 2017.