Kidneys are vital to good bone health. Because the bones of children are growing and developing, chronic kidney disease is especially serious. 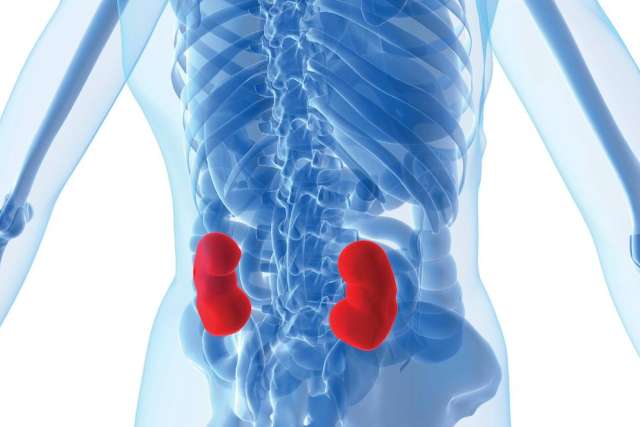 By some estimates, one in seven Americans suffers from chronic kidney disease (CKD), a disorder in which the kidneys can’t properly filter blood and regulate hormone levels, leading to the build-up of damaging toxins and fluids in the body. Although adults are most often impacted by kidney disease, it sadly also occurs among children.

These kids, like their adult counterparts, are at an increased risk of developing a sometimes-debilitating bone disease that falls under the umbrella term Chronic Kidney Disease-Mineral and Bone Disorder, or CKD-MBD.

Intriguingly, the severity of CKD-MBD and the successfulness of treatment appear to be impacted by the race and ethnicity of patients, according to studies conducted by Dr. Marciana Laster, MD, MS, of UCLA Mattel Children’s Hospital. Laster’s work could inform new treatments for children with kidney disease based on their own unique genetic makeup.

Laster, a pediatric nephrologist, became curious about potential racial differences in CKD after a 2017 study in which she and her colleagues looked at the survival rates of nearly 2,700 kids with CKD. The study, published in the journal Pediatric Nephrology, showed that Black children with CKD had a 64% higher risk of mortality than white children when being treated with dialysis.

“This finding prompted my work in bone disease because in CKD, the bone and heart interact leading to early mortality,” Dr. Laster says.

CKD-MBD arises because faulty kidneys don’t appropriately balance the levels of various hormones and minerals in the bloodstream and body that are necessary for good bone health. Poorly functioning kidneys lead to the reduced conversion of vitamin D, a hormone necessary for strong bones, into a chemical, calcitriol, that helps the intestines absorb calcium.

This is one factor that contributes to considerable rises in parathyroid hormone, a hormone that weakens bones at the excessive levels experienced in CKD.

Because the bones of children are growing and developing, CKD-MBD is especially serious in its impact on bone turnover. Bone turnover happens when bone tissue is broken down and the minerals are absorbed into the bloodstream; it’s necessary for building healthy bones.

“Children and adults with CKD can have bone turnover that is too high or too low and this may change over time causing them to cycle between stages of normal, high or low bone turnover,” Dr. Laster says.

This combination of abnormal turnover and mineralization, she says, contributes to high fracture risk, short stature, and deformities.

“More importantly is the fact that the bone disease interacts with the blood vessels and heart and causes our children to die from cardiovascular disease at rates which are much higher than healthy children. Because of this long-term impact, accurately treating this disease is very important,” she says.

In recent studies, Dr. Laster and colleagues have uncovered other curious findings. For example, in a 2021 study in the Journal of Bone Mineral Research, she and her team reported that Black children with CKD have a lower risk of bone fracture than both white and Hispanic children—this despite the fact that Black children tend to have lower levels of vitamin D and higher levels of a second hormone called parathyroid (PTH), which, when in excess, increases bone turnover and the likelihood of fracture.

“I’ve described this as a paradox,” Dr. Laster says: “Black children and adults have higher PTH levels and lower vitamin D levels, but have stronger, less fracture-prone bone. There appears to be a level of PTH resistance in Black patients but the cause of this is still under investigation.

“There also may be differences in how vitamin D makes itself available to patients such that our currently measured levels don’t truly reflect the amount of vitamin D available to the body.”

Current treatments for CKD-MBD involve what Dr. Laster calls a “one-size-fits-all approach.” Most often, patients are given medications that suppress PTH.

“My research into racial differences demonstrates that this blanket approach is not sufficient and could potentially drive disparities in mortality,” Dr. Laster says.

Indeed, Dr. Laster’s studies suggest that Black children may be prone to overtreatment of their bone disease — a grave concern, as overtreatment is a risk factor for premature cardiovascular death. Overtreatment leads to low bone turnover, or adynamic bone disease. Owing to the potential difficulty of incorporating calcium into bone that is slowly turning over, this particular form of bone disease is associated with higher risk of mineral deposits on the walls of arteries and veins.

Dr. Laster and her colleagues are now investigating how genetic-level differences in children with CKD influence their bone disease.

“My work has largely investigated differences by racial group, but race is a generally flawed social construct — race tends to represent the societal impact on health rather than the biological impact of belonging to any particular group,” she explains. “My current research seeks to find genetic markers that determine how CKD-MBD manifests.

“Once we understand which variants are important, we can tailor treatment according to a patient’s genetic makeup and their unique biology. The hope is that my findings will alter how we treat our patients.”