Rainfall can indicate that mosquito-borne epidemics will occur weeks later 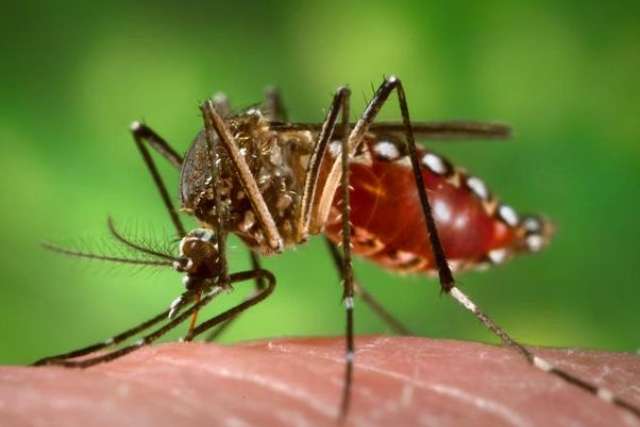 A new study demonstrates that outbreaks of mosquito-borne viruses Zika and Chikungunya generally occur about three weeks after heavy rainfall.

Researchers also found that Chikungunya will predominate over Zika when both circulate at the same time, because Chikungunya has a shorter incubation period — just two days, versus 10 days for Zika. The latter finding explains why a late-2015 Zika epidemic in Rio de Janeiro ended while the number of Chikungunya cases increased in February 2016.

Viruses transmitted by insects can lead to serious health repercussions. Zika is linked to birth defects, and up to 1 percent of Zika infections result in Guillain-Barre syndrome, a form of paralysis. Chikungunya can cause arthritis.

The researchers aimed to identify the environmental drivers of these epidemics to create a framework for predicting where and when future outbreaks could occur.

The researchers screened 10,459 blood and urine samples for Chikungunya, dengue and Zika from residents of 48 municipalities in the state of Rio de Janeiro. They tracked dates of major rainfalls, assessed the geographic distribution of mosquito-borne virus incidence in cities and neighborhoods and the timing of epidemics. They confirmed 1,717 cases of Zika infection, 2,170 cases of Chikungunya and 29 cases of dengue. Zika occurred more commonly in neighborhoods with little access to municipal water infrastructure; the incidence of Chikungunya was weakly correlated with urbanization, such as the density of buildings.

Rains began in October 2015 and were followed one month later by the largest wave of Zika. Zika cases markedly declined in February 2016, which coincided with the start of a Chikungunya outbreak.

The findings could enable municipalities to enact measures to limit the spread of the diseases and prepare vaccinations.

Health officials can use the occurrence of heavy rainfall to prepare for epidemics roughly one month in advance. A weather-based early warning system could give public health officials sufficient lead time to obtain supplies of intravenous immunoglobin, the standard treatment for Guillain-Barre. The analysis also pinpointed potential risk factors for clustering of Zika cases in Rio de Janeiro’s neighborhoods.

The paper was written by Trevon Fuller, Umme-Aiman Halai, Ryan Harrigan, Thomas B. Smith, and Dr. Karin Nielsen-Saines, all of UCLA, and by collaborators at the Oswaldo Cruz Foundation in Brazil.

The study was published in the peer-reviewed journal PLOS One.

The research was supported by the European Union’s Horizon 2020 research and innovation program, the National Council for Scientific and Technological Development of Brazil, a Research Support Foundation of Rio de Janeiro grant, a National Science Foundation grant, a Pan American Health Organization research grant, a University of California Global Health Institute grant and grants from the National Institutes of Health.