Rate of Latino physicians shrinks, even as Latino population swells 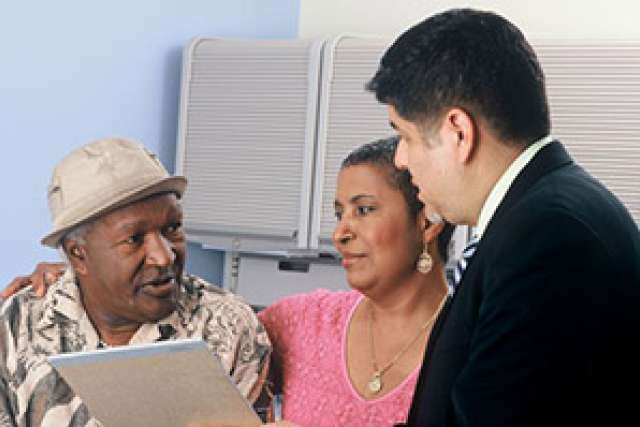 Rhoda Baer/National Cancer Institute<br>The UCLA study points to a worsening shortage of doctors who have the language skills and cultural familiarity needed to serve Latino patients.

Latinos are one of the fastest growing ethnic groups in the United States, with their numbers having risen 243 percent since 1980. Yet the number of Latino physicians per 100,000 Latinos has declined by 22 percent during that period, according to new research.

The numbers point to a worsening shortage of doctors who have the language skills and cultural familiarity needed to serve Latino patients, according to a new study from UCLA’s Center for the Study of Latino Health and Culture. The study, published online by the peer-reviewed journal Academic Medicine, calls for action at the national and state and levels to increase the ranks of Latino physicians.

“For example, there is a shortage of health care professionals that, at minimum, have the language skills to communicate effectively with patients, provide quality care and avoid harmful outcomes for a growing majority of patients not only in California but in the nation as a whole,” said Sanchez, an associate clinical professor of family medicine at the David Geffen School of Medicine at UCLA and faculty member at Harbor–UCLA Medical Center.

The study drew U.S. Census data from 1980 through 2010 in five states with large Latino populations — California, Florida, Illinois, New York and Texas. The researchers found similar declines in the rates of Latino physicians in each of the five states, albeit with small variations.

The study is an update to a 2000 paper by David Hayes-Bautista, a UCLA professor of medicine and director of the Center for the Study of Latino Health and Culture at the Geffen School of Medicine who also was a co-author of the new paper. The earlier research found Latinos made up 4.8 percent of all physicians in California, while making up 30.4 percent of the state’s population; the same study projected that the number of Latino physicians in California would decrease 6 percent by 2020.

Sanchez said the researchers were surprised by the 22 percent drop in the rate of Latino physicians, a decline that was in stark contrast to the 49 percent increase in non-Hispanic white physicians over the same period.

Prior research has found that Latino physicians are far likelier than non-Hispanic whites to practice in communities with large concentrations of Latinos, and that underrepresented minorities such as Latinos, African-Americans and Native Americans are more likely than non-Hispanic whites to practice in areas with large underserved minority populations.

Other research has shown that Latino patients who have limited English-language skills visit doctors less frequently than those with stronger English proficiency.

The study did have some limitations: The researchers were limited by the strengths and weaknesses of the self-reported census data, and the census does not consider issues related to quality of care.

The findings point to a need for further research into Latinos’ healthcare needs, Sanchez said.

The study’s other co-authors were Theresa Nevarez of UCLA and Werner Schink of the California Department of Social Services. The research was funded by the UCLA Hispanic Center of Excellence.