Recovering from a concussion: 5 tips for your child's successful healing 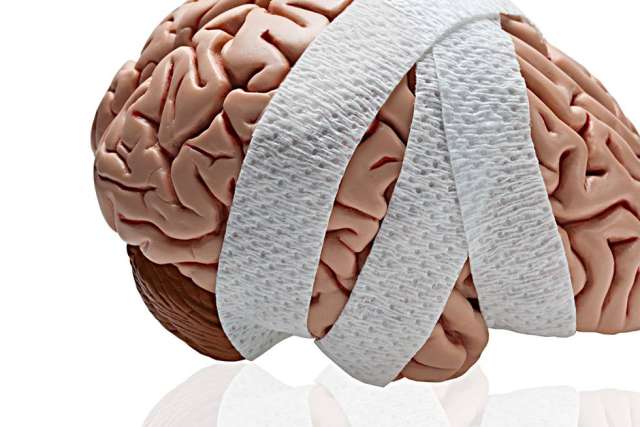 A concussion can happen to anyone who’s active – and that includes kids. A concussion is a brain movement injury that doesn’t involve bleeding, a hole in the brain or bruising on the brain. But if your head hits against something or moves violently (as with whiplash), the brain’s sudden movement can affect how it functions.

Concussions are not usually life-threatening, but the symptoms can be serious.

Since there hasn’t been enough research done on concussions in kids, Dr. Giza is co-leading the CARES4Kids project, a nationwide study of adolescent concussion awarded a $10 million grant from the National Institutes of Health (NIH) in October 2021.

What we do know, says Dr. Giza, is that recovering from a concussion is different for each person. But taking the right steps helps avoid delayed recovery or longer-term problems.

Here are five tips that will help you and your child with concussion recovery:

1. Recognize the signs of a concussion.

The first step in recovering from a concussion is recognizing it happened. That doesn’t mean rushing to the emergency department every time your child hits their head, says Dr. Giza. Instead, look for symptoms including:

If you notice the onset of any of these symptoms shortly after an incident, get your child checked out by a medical professional. Your primary care provider, urgent care, athletic trainer and school nurse may all be able to perform a concussion assessment.

2. Don’t over-restrict your child after a concussion.

Your first instinct after a concussion may be to keep your child away from light, noise and any kind of activity. But you’d be doing them a disservice, says Dr. Giza. Shutting down completely after a concussion can cause more symptoms, including increased light and noise sensitivity.

Instead, have your child take a day or two of rest and then introduce activities that won’t reinjure the brain. Dr. Giza recommends starting with schoolwork and light aerobic activity such as walking the dog or riding a stationary bike.

“You can’t damage your brain by thinking, and rest isn’t always the best for concussion recovery,” he says. “Aerobic activity is therapeutic for many kids and may help them get better more quickly.”

Concussion recovery takes two to four weeks on average. About 70% to 90% of people are better after a month. “There’s not a magical minute after which, suddenly, you’re fully recovered,” Dr. Giza says. “Recovery is a gradual process.”

When you get back to risky activities too soon, you double your chance of getting another injury ­– and not just another concussion. You also double your risk of other injuries such as lower extremity orthopedic injuries.

“If you go back to play, and you are not back to full coordination and reaction time, you’re set up to get hurt again,” Dr. Giza cautions.

If you do get a second concussion before recovering from the first, it may take longer to recover, and you will likely have more symptoms.

If your child is returning to a sport, they’ll need to follow an established protocol. “We gradually increase the demands on the body and brain and test it in a safe environment first,” Dr. Giza says. “As you recover, we take a little more risk.”

He cautions that each phase of recovery may induce some symptom flare-ups at first. Once symptoms subside, your child moves to the next phase. The protocol includes:

In some kids, concussion recovery takes longer. The reasons are still being studied, but Dr. Giza says the most common prolonged symptoms include:

If these symptoms aren’t improving or continue beyond four weeks, your pediatrician may refer you to a specialist with experience in concussion recovery.

Concussion recovery is a return of symptoms to whatever they were pre-injury, without the use of any medication. It’s not necessarily the absence of all symptoms – just the ones caused by the concussion. If your son sometimes had headaches or your daughter got nauseous before the concussion, they’ll probably still have these symptoms after all concussion symptoms are gone.

“If you wait for zero symptoms, kids end up getting taken out of all of their activities for a long time,” Dr. Giza says. “They won’t be going to school, doing safe physical activity or communicating with others by text and other electronic means. In the end, that kind of isolation can generate more symptoms.”

If you suspect your child has a concussion, reach out to your child’s primary care physician.