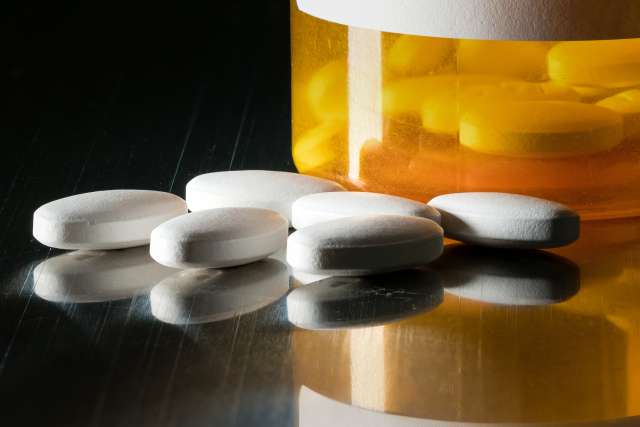 A study in mice led by UCLA researchers shows that removing chemical messengers in the brain that are involved in both wakefulness and addiction may make withdrawal from opioids easier and help prevent relapse.

In 2000, UCLA sleep researchers discovered that human narcolepsy – a condition where people are overwhelmed with daytime drowsiness and sudden attacks of sleep – was caused by a loss of roughly 90% of the 80,000 brain cells containing hypocretin (also called orexin), a chemical messenger important in the regulation of sleep and wakefulness. Typically, people with narcolepsy are treated with drugs that for most people would be highly addictive, but interestingly these patients show little, if any, signs of drug addiction or withdrawal themselves.

The lack of hypocretin-producing neurons and addiction seen in narcolepsy took on a different twist when nearly two decades later the researchers made the surprising discovery that the brains of people addicted to heroin (a commonly abused opioid) have, on average, 54% more hypocretin-producing neurons than people who don’t have a substance abuse disorder – and confirmed the same finding in mice. However, when they stopped the opioid treatment in the mice, they found that the increase in hypocretin remained, lasting as long as four weeks.

This finding suggested that continued elevated levels of hypocretin could play a role in drug cravings, and, at the same time, shed light on why narcoleptic patients with very few of these hypocretin-producing neurons show little, if any, signs of addiction.

While studies in people are needed to confirm these findings, taken together, they suggest that developing drugs that target the hypocretin system may help treat addiction.

In this new study, the UCLA researchers found that increasing the number of hypocretin-producing neurons in the mice with opioids resulted in the elevation of hypocretin levels in the locus coeruleus (LC), an area of the brain known to play an important role in regulating opioid withdrawal symptoms.

In addition, they found that the increased amounts of hypocretin present in the LC were directly involved in increasing the levels of an enzyme called tyrosine hydroxylase (TH), which is responsible for making norepinephrine (NE), a naturally occurring neurochemical in the body. Neurons in the LC produce NE and distribute it to other parts of the brain where it stimulates functions such as arousal, wakefulness, attention or a ‘fight or flight’ stress response.

When opioids are stopped, the activity of the LC greatly increases, causing more NE to be released, which is widely thought to play a principal role in opioid withdrawal symptoms.  Thus, the researchers hypothesized that removal of hypocretin-producing neurons would lessen the signs of withdrawal in the mice. Their findings confirmed this hypothesis showing that the lack of hypocretin producing neurons reduced both the physical and emotional symptoms of opioid withdrawal and stopped the increase in the levels of TH in the LC.

The reduction of withdrawal symptoms in mice lacking hypocretin producing neurons suggest that drug therapies that regulate the production of hypocretin may be an effective treatment for opiate addiction and withdrawal.

The study appears in the Jan. 12 issue of the Journal of Neuroscience.