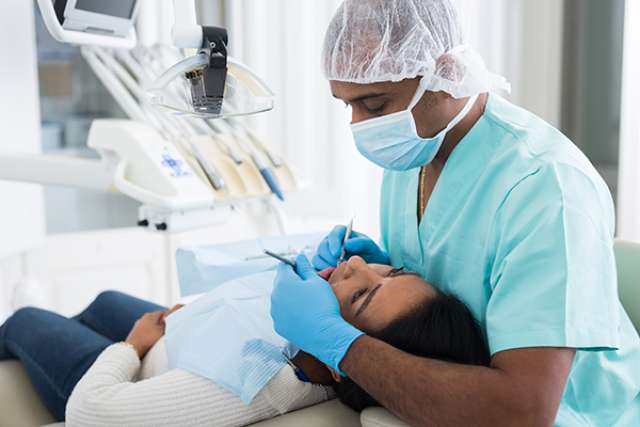 According to a new UCLA policy brief, only 8% of the state’s dentists are Latino or Black, compared with 60% of the state’s low-income adult population overall.
June 21, 2021
Estimated read time: 3 minutes

A policy brief by the UCLA Center for Health Policy Research identifies three of the most important factors that have led to disparities in Californians' access to dental care.

The authors also note that a shortage of dentists is looming: Some 23% of dentists are 60 years old or older and nearing retirement age, while only 9% of dentists graduated from dental school within the past five years. That imbalance is likely to place additional strain on access to oral health care for all Californians, and for lower-income residents in particular.

According to the center's 2019 California Health Interview Survey, 32% of the state's residents are adults with incomes under 200% of the federal poverty level (the income level at which people are generally considered to be low-income). And in previous studies, the authors reported that lower-income Californians have poorer oral health and less access to oral health care than residents with higher incomes. Link to full story on UCLA Health Newsroom website

The latest report, accompanied by an infographic, highlights regions in the state where there is a recipe for poor access to oral health care — a relatively small number of dentists per capita, a large proportion of low-income adults and a small percentage of dentists who see patients with Medi-Cal. In San Joaquin County, for example, there are just 2.2 dentists per 5,000 residents, and while 65% of the area's low-income adults have Medi-Cal, only 2% of dentists see Medi-Cal beneficiaries.

"The availability of dentists willing to provide care to the low-income and uninsured population of California is crucial in ensuring access to oral health care and improved oral health status," said Nadereh Pourat, the center's associate director and lead author of the study. "Our findings indicate regional disparities in where low-income populations live and where California dentists practice. We also found low participation of dentists in Medi-Cal and limited numbers of dentists from communities of color."

"These factors perpetuate income disparities in both access to oral health care and oral health status of low-income Californians."

The researchers analyzed data from the Dental Board of California, the California Dental Association and California Health and Human Services. They also found:

The paper offers other possible suggestions, including expanding the roles of hygienists and dental therapists to reduce the burden on dentists, encouraging dentists to use "mobile clinics" to bring oral health care into underserved neighborhoods, and offering at least some appointments — particularly for consultations or basic diagnoses — through web-enabled devices for people who cannot immediately visit a dentist's office.