Researchers create molecule that could ‘kick and kill’ HIV

In lab animals, a particle developed by UCLA, Stanford, NIH scientists awakens dormant virus cells and then knocks them out 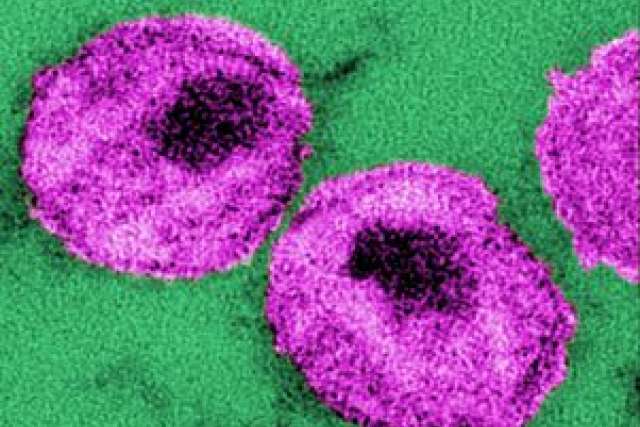 Current anti-AIDS drugs are highly effective at making HIV undetectable and allowing people with the virus to live longer, healthier lives. The treatments, a class of medications called antiretroviral therapy, also greatly reduce the chance of transmission from person to person.

But the medications do not actually rid the body of the virus, which has the ability to elude medications by lying dormant in cells called CD4+ T cells, which signal another type of T cell, the CD8, to destroy HIV-infected cells. When a person with HIV stops treatment, the virus emerges and replicates in the body, weakening the immune system and raising the likelihood of opportunistic infections or cancers that can sicken or kill the patient.

Researchers have been looking for ways to eliminate the “reservoirs” where the virus hides, and researchers from UCLA, Stanford University and the National Institutes of Health may have developed a solution. Their approach involves sending an agent to “wake up” the dormant virus, which causes it to begin replicating so that either the immune system or the virus itself would kill the cell harboring HIV.

Destroying the reservoir cells could rid some or all of the HIV virus from people who are infected. And although the scientists’ approach has not been tested in humans yet, a synthetic molecule they developed has been effective at kicking and killing HIV in lab animals, according to a study published Sept. 21 in the peer-reviewed journal PLOS Pathogens.

“The latent HIV reservoir is very stable and can reactivate virus replication if a patient stops taking antiretroviral drugs for any reason,” said Matthew Marsden, an assistant professor of medicine in the division of hematology oncology at the David Geffen School of Medicine at UCLA, and the study’s lead author.  “Our study suggests that there may be means of activating latent virus in the body while the patient is on antiretroviral drugs to prevent the virus from spreading, and that this may eliminate at least some of the latent reservoir.”

To test the approach, the researchers gave antiretroviral drugs to mice that had been infected with HIV, and then administered a synthetic compound called SUW133, which was developed at Stanford, to activate the mice’s dormant HIV. Up to 25 percent of the previously dormant cells that began expressing HIV died within 24 hours of activation.

With further development, the technique could lower the viral reservoir enough for people with HIV to be able to discontinue their anti-viral therapy, Marsden said.

SUW133 is based on bryostatin 1, a natural compound extracted from a marine animal called Bugula neritina. The research determined that the new compound is less toxic than the naturally occurring version.

“The findings are significant because several previous attempts to activate latent virus have had only limited success,” said senior author Jerome Zack, professor and chair of the UCLA department of microbiology, immunology and molecular genetics at the Geffen School, and director of the UCLA Center for AIDS Research. “Most studies showed weak activation of the virus, or severe toxicity, with little effect on the reservoir.”

Marsden said results in mice will not necessarily translate to humans. In further studies, the scientists plan to learn how to make SUW133’s less toxic, and to evaluate its effectiveness in larger animals, before it could be tested in humans.

The study’s other authors are Xiaomeng Wu and Christina Ramirez of UCLA; Brian Loy, Adam Schrier, Akira Shimizu, Steven Ryckbosch, Katherine Near and Paul Wender of Stanford; and Danielle Murray and Tae-Wook Chun of the NIH’s National Institute of Allergy and Infectious Diseases.

The research was funded by the NIH, a Bill and Melinda Gates Foundation Explorations grant, the James B. Pendleton Charitable Trust and the UCLA Center for AIDS Research.