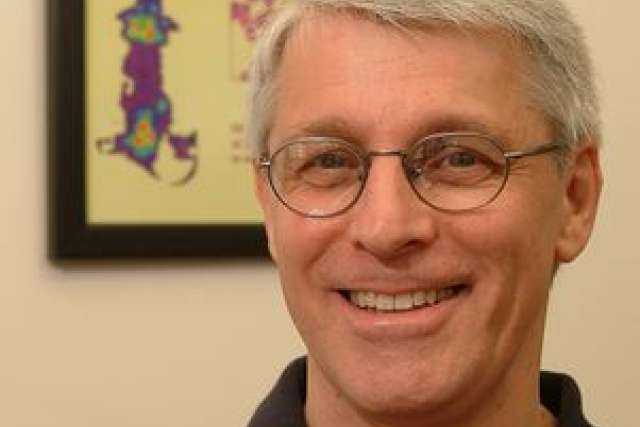 The discovery, published June 8 in the early online edition of the peer-reviewed journal Nature Medicine, enables scientists to monitor the immune system three-dimensionally — at the whole-body level — as it tries to fight some cancers, or when it goes awry, as it does in autoimmune diseases.

Researchers created a small molecule, called FAC, by slightly altering the molecular structure of one of the most commonly used chemotherapy drugs, gemcitabine. They then added a radiolabel so the cells that take in the probe can be seen during PET scanning.

The probe is based on a fundamental cell biochemical pathway called the DNA salvage pathway, which acts as a sort of recycling mechanism that helps with DNA replication and repair. All cells use this biochemical pathway to different degrees. But in lymphocytes and macrophages, the cells of the immune system that initiate immune response, the pathway is activated at very high levels. Because of that, the probe accumulates at high levels in those cells, said the study's senior author, Dr. Owen Witte, a researcher at UCLA's Jonsson Cancer Center and a Howard Hughes Medical Institute investigator.

"This is not a cure or a new treatment, but it will help us to more effectively model and measure the immune system," said Witte, who also serves as director of the Eli and Edythe Broad Center of Regenerative Medicine and Stem Cell Research at UCLA. "Monitoring immune function using molecular imaging could significantly impact the diagnosis and treatment evaluation of immunological disorders, as well as evaluating whether certain therapies are effective."

Because the probe is labeled with positron-emitting particles, cells that take it in glow "hot" under PET scanning, which operates as a molecular camera that enables visualization of biological processes in living organisms. The research, done in animal models, will be further evaluated in subsequent studies. Eventually, Witte said, researchers hope to be able to monitor the immune systems of patients with FAC and other PET probes.

"This measurement is not invasive — it involves a simple injection of the probe," Witte said. "We could do repetitive scans in a single week to monitor immune response."

Using conventional methods, oncologists are forced to wait weeks and often months to determine whether a patient is responding to a therapy. CT and MRI scans are taken before and during treatment and the size of the tumor is measured to determine response — a shrinking tumor means the patient is responding. However, patients who don't respond are exposed to potentially toxic therapies for longer than necessary. If the new PET probe can monitor immune response and response to treatment much more quickly — within a week or two — patients would be spared therapies that aren't working.

One frustrating aspect for many cancer researchers is understanding the role of the immune response in fighting or, in some cases, possibly stimulating tumor growth, said Dr. Kevin Shannon, the Auerback Distinguished Professor of Molecular Oncology at the University of California, San Francisco.

"Dynamic probes like the one developed by UCLA scientists will allow researchers to learn more about the role of the immune response in cancer, how current treatments affect immune cells, and will allow them to quantitatively monitor responses to new modalities such as tumor vaccines," Shannon said. "Probes of this type may also help oncologists more rapidly identify tumors that will respond to certain drugs so treatments can be made more patient-specific."

Witte said the type of multidisciplinary research that led to development of the probe is uniquely suited to UCLA's collaborative strengths. Researchers from UCLA's cancer center, Broad stem cell center and Crump Institute for Molecular Imaging took part in the study. The PET scanner was invented by UCLA's Michael Phelps, also a co-author on this study.

The work by Witte and his colleagues was prompted by the desire to add to a short list of probes now used in PET scanning and to develop new probes that monitor different molecular functions than current probes.

"What we wanted to do was to develop new ways to look inside a living organism and gather as much information as we can about the immune system," said the study's first author, Caius Radu, an assistant professor of molecular and medical pharmacology and a Jonsson Cancer Center researcher. "We wanted to know how cells move from one site in the body to another and find a way to trace them to tumors."

In previous studies, Witte and other UCLA researchers were able to track the immune system as it recognized and responded to cancer. But in those studies, the cells had to be modified with "reporter" genes that sequestered a specifically designed PET probe in order for scientists to monitor them. The new probe doesn't require modified cells, making it easier and less expensive to use and giving it far broader applications than existing probes. In addition to modeling and measuring the immune system, those applications include stratifying different types of cancers and their response to therapy, defining the level of immune response in both normal and pathological situations, and helping to determine whether new drugs prompt an immune response to cancer and other diseases.

"This probe will tell us things about the immune system that existing probes can't," said Radu, who also is a member of the Crump Institute for Molecular Imaging.