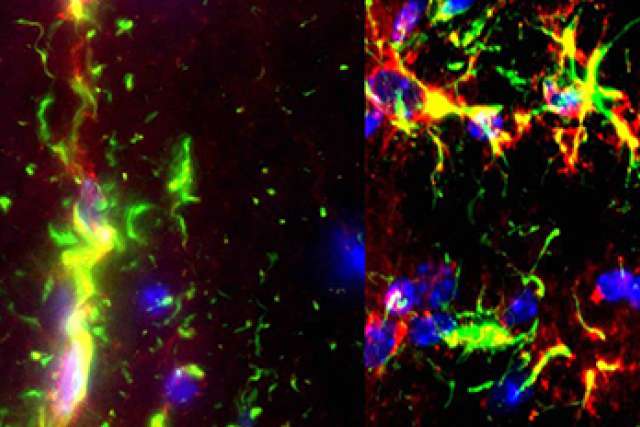 A UCLA study found that gene expression in specific cells and in specific regions of the body can provide a more precise, neuroprotective approach than traditional treatments for neurological diseases. Gene expression is the process by which genetic instructions are used to synthesize gene products, such as proteins, which go on to perform essential functions.

For multiple sclerosis, specifically, increasing cholesterol synthesis gene expression in astrocytes of the spinal cord can be a pathway to repair nerves that affect walking.

Among people with MS, the type and severity of disability can vary widely from one patient to another. So the UCLA researchers proposed that the molecular mechanisms behind each disability might differ — and that treatments tailored for each disability could be more effective than treatments intended to target multiple different disabilities. The team focused on astrocytes, a type of brain cell that is activated in people with MS and plays several important roles in disease.

Working with a mouse model of MS, the researchers analyzed astrocytes in various regions of the brain and spinal cord that are known to be involved in walking, vision and cognition. They compared gene expression changes among regions that correspond to different disabilities. In the spinal cord, which is critical for walking, they found lower expression of cholesterol synthesis genes in mice with MS. Cholesterol is made in astrocytes and plays a role in making myelin.

The scientists hypothesized that while inflammation causes loss of myelin, it is the decrease in cholesterol synthesis gene expression in astrocytes that explains why myelin loss and nerve damage aren’t repaired in MS. When the scientists treated the mice with a drug that increased expression in cholesterol synthesis genes, the mice’s ability to walk improved significantly.

The findings could point the way toward treatments for neurodegenerative diseases that are tailored to repair damage for each disability, one at a time, in contrast to the standard one-size-fits-all approach.

The study is published in the Proceedings of the National Academy of Sciences.

The work was supported with funding from the Conrad N. Hilton Foundation, the National Institutes of Health, the California Community Foundation, the Tom Sherak MS Hope Foundation and the Rhoda Goetz Foundation for Multiple Sclerosis.