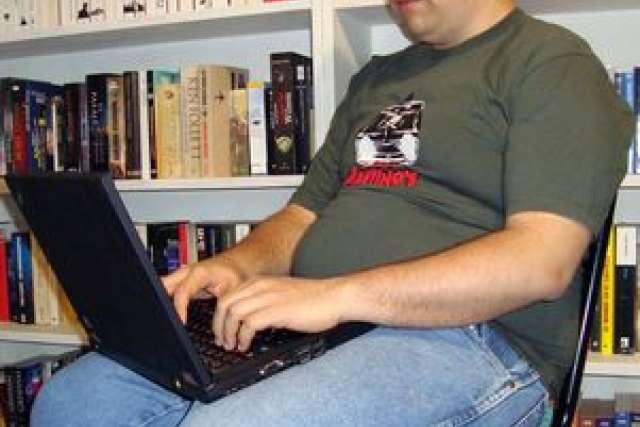 Sitting too much is linked to changes in a section of the brain that is critical for memory, according to a preliminary study by UCLA researchers of middle-aged and older adults.

Studies show that, like smoking, too much sitting increases the risk of heart disease, diabetes and premature death. Researchers at UCLA wanted to see how sedentary behavior influences brain health, especially regions of the brain that are critical to memory formation.

UCLA researchers recruited 35 people ages 45 to 75 — 25 women and 10 men — and asked about their physical activity levels and the average number of hours per day they spent sitting over the previous week. Each person had a high-resolution MRI scan, which provides a detailed look at the medial temporal lobe, a brain region involved in the formation of new memories.

The researchers found that sedentary behavior is a significant predictor of thinning of the medial temporal lobe and that physical activity, even at high levels, is insufficient to offset the harmful effects of sitting for extended periods.

The researchers next hope to follow a group of people for a longer duration to determine if sitting causes the thinning and what role gender, race and weight might play in brain health related to sitting.

Medial temporal lobe thinning can be a precursor to cognitive decline and dementia in middle-aged and older adults. Reducing sedentary behavior may be a possible target for strategies designed to improve brain health in people at risk for Alzheimer’s disease, researchers said.

Prabha Siddarth, a biostatistician at the Semel Institute for Neuroscience and Human Behavior at UCLA, is the study’s first author. Dr. David Merrill, a geriatric psychiatrist and assistant clinical professor of psychiatry and biobehavioral sciences at UCLA, is the study’s senior author. The other authors are Alison Burggren and Dr. Gary Small, both of UCLA, and Harris Eyre of the University of Adelaide, Australia.

The study appears in the April 12 issue of PLOS ONE.

The study was supported by grants from various funders including the National Institutes of Health, the U.S. Department of Energy and the McLoughlin Cognitive Health Gift Fund.