Multicenter team aims to understand how, why brain changes with age 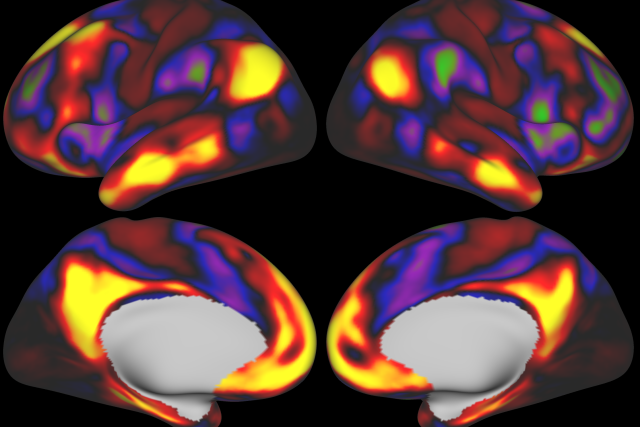 Susan Bookheimer, PhD, the Joaquin Fuster Distinguished Professor of Psychiatry and Biobehavioral Sciences at the UCLA David Geffen School of Medicine, is co-principal investigator for a newly awarded nationwide study that will investigate what keeps our brains sharp as we age, and what contributes to cognitive decline. The study will be performed by researchers from UCLA, Washington University School of Medicine in St. Louis, Harvard University/Massachusetts General Hospital and the University of Minnesota.

Known as the Adult Aging Brain Connectome study, the project is funded by a $33.1 million grant from the National Institute on Aging, part of the National Institutes of Health (NIH). It will build on foundations laid by the Human Connectome Project. The Human Connectome Project and subsequent connectome studies mapped the anatomical and functional connections among brain areas in healthy children and adults of many ages, providing invaluable insight into normal brain structure and function across the life span.

Using techniques developed for the Human Connectome Project and the subsequent Mapping the Human Connectome During Typical Aging study, the Adult Aging Brain Connectome study will follow 1,000 younger, middle-aged and older adults over several years, taking multiple brain scans and collecting other data to help the researchers understand how each individual’s brain changes over time. The scientists will aim to identify factors that put people at risk for, or protect them from, cognitive decline.

“Many factors, from genes, lifestyle, stress, hormones, diet, and exercise, affect how we age- whether we will be resilient to risk factors for dementia, or whether and how quickly our brains and cognition decline with age,” said Dr. Bookheimer. “This longitudinal study examines these factors in depth starting from a place of good brain health across the adult lifespan, and seeks to understand how, when and why decline in brain function occurs over 5-10 years.” It is hoped that this study will help determine a person’s unique risk for unhealthy aging and understand what changes in lifestyle and behavior can improve outcomes.

The study is divided into four projects. The first looks at the effect of potentially harmful factors such as stress and inflammation on the brains of young adults. The second investigates the role of lifestyle factors such as exercise during mid-adulthood. The third studies hormonal changes that occur around the time of menopause, and their effects on brain function and structure. And the fourth looks at older adults who have retained their mental acuity well into their later years, to identify factors that protect them from Alzheimer’s disease and related dementias.

The goal is to obtain at least three brain scans from each participant over about a 10-year period. Some participants already may have participated in the Mapping the Human Connectome During Typical Aging project and will provide two additional scans. Participants also will undergo regular cognitive testing and provide blood samples to be analyzed for molecular signs of Alzheimer’s disease, inflammation, and other biological processes. The researchers also plan to perform genetic analyses for inherited risk and protective factors.

A key aim of the project is to ensure a racial and ethnically diverse participant group so that the findings will be applicable to people of many backgrounds. The project’s Diversity Recruitment and Retention Unit is designing culturally sensitive and appropriate strategies to encourage the participation of people from under-represented groups such as African Americans and Hispanics.

When the project is complete, the researchers will have imaging data on 1,000 people, showing how their brains change over several years, coupled with demographic, genetic, molecular, and cognitive data on each person. Like their predecessors at the Human Connectome Project and Mapping the Human Connectome During Typical Aging study, the researchers leading the Adult Aging Brain Connectome project plan to make all of the data publicly available so other researchers can answer additional questions about human health and disease.