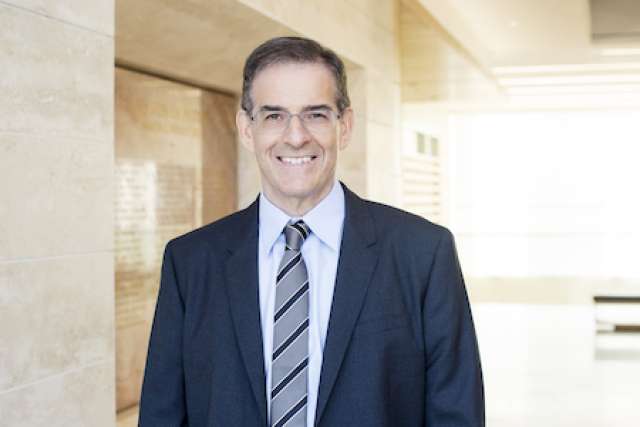 Ronald S. Brookmeyer, professor of biostatistics and expert on how statistical tools can help address global public health challenges, will become the dean of the UCLA Fielding School of Public Health, effective Jan. 15.

A member of the UCLA faculty since 2010, Brookmeyer has served as interim dean of the Fielding School since November 2018.

"I am humbled by this opportunity to advance public health at our extraordinary public university," Brookmeyer said. "With Fielding School faculty, staff and students, as well as colleagues and communities in our hometown of Los Angeles and far beyond, I look forward to building on our school’s great history and working together to improve health for all."

Prior to his appointment at UCLA, he served as professor of biostatistics with a joint appointment in epidemiology at the Johns Hopkins University Bloomberg School of Public Health from 1981 through 2010, where he also served as chair and director of the school’s interdepartmental master of public health program from 2002 to 2008. In this schoolwide role, he oversaw a program that included more than 700 students, 200 faculty advisors, and an online program.

Brookmeyer is recognized for his scholarship that uses the tools of the statistical, informational, and mathematical sciences to address major global public health challenges. Among his many accomplishments, he earned worldwide recognition for predicting the magnitude of the impending HIV/AIDS epidemic with work beginning in the mid-1980s, and, through widely cited studies, he has called attention to the looming Alzheimer’s epidemic. His work on global public health problems also includes issues in bio-security, disease surveillance, and health challenges of aging populations.

Recognized for his excellent teaching, he received the Fielding School's UCLA Public Health Student Association Teaching Award six times between 2012 and 2019. Brookmeyer is currently a member of the board of reviewing editors of Science magazine. He has served on numerous National Academy of Science panels and editorial boards, including Statistics in Medicine, Journal of the American Statistical Association, and Biostatistics. Professor Brookmeyer received his bachelor's degree in mathematics at Cooper Union and his master's and doctorate in statistics at the University of Wisconsin.

"Chancellor Block and I are grateful for Ron's distinguished service as interim dean during the past 14 months," said Emily Carter, UCLA executive vice chancellor and provost, in an email to campus. "He has proven to be a strong leader and an effective administrator, and we are confident that the school will reach new heights with him at the helm. Please join us in congratulating Ron and welcoming him as dean of the UCLA Fielding School of Public Health."