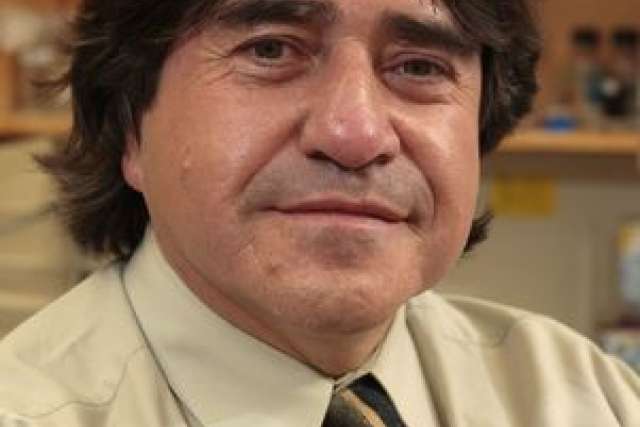 "Food is like a pharmaceutical compound that affects the brain," said Fernando Gómez-Pinilla, a UCLA professor of neurosurgery and physiological science who has spent years studying the effects of food, exercise and sleep on the brain. "Diet, exercise and sleep have the potential to alter our brain health and mental function. This raises the exciting possibility that changes in diet are a viable strategy for enhancing cognitive abilities, protecting the brain from damage and counteracting the effects of aging."

Gómez-Pinilla analyzed more than 160 studies about food's affect on the brain; the results of his analysis appear in the July issue of the journal Nature Reviews Neuroscience and are available online at www.nature.com/nrn/journal/v9/n7/abs/nrn2421.html.

Omega-3 fatty acids — found in salmon, walnuts and kiwi fruit — provide many benefits, including improving learning and memory and helping to fight against such mental disorders as depression and mood disorders, schizophrenia, and dementia, said Gómez-Pinilla, a member of UCLA's Brain Research Institute and Brain Injury Research Center.

Synapses in the brain connect neurons and provide critical functions; much learning and memory occurs at the synapses, Gómez-Pinilla said.

Children who had increased amounts of omega-3 fatty acids performed better in school, in reading and in spelling and had fewer behavioral problems, he said.

Preliminary results from a study in England show that school performance improved among a group of students receiving omega-3 fatty acids. In an Australian study, 396 children between the ages 6 and 12 who were given a drink with omega-3 fatty acids and other nutrients (iron, zinc, folic acid and vitamins A, B6, B12 and C) showed higher scores on tests measuring verbal intelligence and learning and memory after six months and one year than a control group of students who did not receive the nutritional drink. This study was also conducted with 394 children in Indonesia. The results showed higher test scores for boys and girls in Australia, but only for girls in Indonesia.

Getting omega-3 fatty acids from food rather than from capsule supplements can be more beneficial, providing additional nutrients, Gómez-Pinilla said.

Scientists are learning which omega-3 fatty acids seem to be especially important. One is docosahexaenoic acid, or DHA, which is abundant in salmon. DHA, which reduces oxidative stress and enhances synaptic plasticity and learning and memory, is the most abundant omega-3 fatty acid in cell membranes in the brain.

"The brain and the body are deficient in the machinery to make DHA; it has to come through our diet," said Gómez-Pinilla, who was born and raised in salmon-rich Chile and eats salmon three times a week, along with a balanced diet. "Omega-3 fatty acids are essential."

A healthy diet and exercise can also reduce the effect of brain injury and lead to a better recovery, he said.

Recent research also supports the hypothesis that health can be passed down through generations, and a number of innovative studies point to the possibility that the effects of diet on mental health can be transmitted across generations, Gómez-Pinilla said.

A long-term study that included more than 100 years of birth, death, health and genealogical records for 300 Swedish families in an isolated village showed that an individual's risk for diabetes and early death increased if his or her paternal grandparents grew up in times of food abundance rather than food shortage.

"Evidence indicates that what you eat can affect your grandchildren's brain molecules and synapses," Gómez-Pinilla said. "We are trying to find the molecular basis to explain this."

Excess calories can reduce the flexibility of synapses and increase the vulnerability of cells to damage by causing the formation of free radicals. Moderate caloric restriction could protect the brain by reducing oxidative damage to cellular proteins, lipids and nucleic acids, Gómez-Pinilla said.

The brain is highly susceptible to oxidative damage. Blueberries have been shown to have a strong antioxidant capacity, he noted.

In contrast to the healthy effects of diets that are rich in omega-3 fatty acids, diets high in trans fats and saturated fats adversely affect cognition, studies indicate.

Emerging research indicates that the effects of diet on the brain, combined with the effects of exercise and a good night's sleep, can strengthen synapses and provide other cognitive benefits, he added.

In Okinawa, an island in Japan where people frequently eat fish and exercise, the lifespan is one of the world's longest, and the population has a very low rate of mental disorders, Gómez-Pinilla noted.

Folic acid is found in various foods, including spinach, orange juice and yeast. Adequate levels of folic acid are essential for brain function, and folate deficiency can lead to neurological disorders such as depression and cognitive impairment. Folate supplementation, either by itself or in conjunction with other B vitamins, has been shown to be effective in preventing cognitive decline and dementia during aging and enhancing the effects of antidepressants. The results of a recent randomized clinical trial indicate that a three-year folic acid supplementation can help reduce the age-related decline in cognitive function.

In patients with major depression and schizophrenia, levels of a signaling molecule known as brain-derived neurotrophic factor, or BDNF, are reduced. Antidepressants elevate BDNF levels, and most treatments for depression and schizophrenia stimulate BDNF. Here, too, omega-3 fatty acids are beneficial, as is the curry spice curcumin, which has been shown to reduce memory deficits in animal models of Alzheimer's disease and brain trauma. BDNF is most abundant in the hippocampus and the hypothalamus — brain areas associated with cognitive and metabolic regulation.

The high consumption of curcumin in India may contribute to the low prevalence of Alzheimer's disease on the subcontinent.

In humans, a mutation in a BDNF receptor has been linked to obesity and impairments in learning and memory.

Smaller food portions with the appropriate nutrients seem to be beneficial for the brain's molecules, such as BDNF, he said.

Gómez-Pinilla showed in 1995 that exercise can have an effect on the brain by elevating levels of BDNF.

He noted that while some people have extremely good genes, most of us are not so lucky and need a balanced diet, regular exercise and a good night's sleep.

UCLA is California's largest university, with an enrollment of nearly 37,000 undergraduate and graduate students. The UCLA College of Letters and Science and the university's 11 professional schools feature renowned faculty and offer more than 300 degree programs and majors. UCLA is a national and international leader in the breadth and quality of its academic, research, health care, cultural, continuing education and athletic programs. Four alumni and five faculty have been awarded the Nobel Prize.
Media Contact:
Stuart Wolpert