Scientists use nanotechnology to localize and control drug delivery 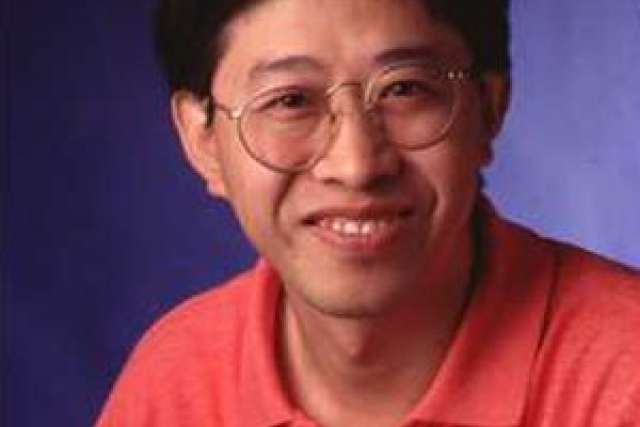 The study, published Jan. 22, 2008 in the journal ACS Nano, provides an example of the enormous potential and clinical significance that nanomaterials may represent in such fields as oncology, endocrinology and cardiology.
The researchers used nanoscale polymer films, about four nanometers per layer, to build a sort of matrix or platform to hold and slowly release an anti-inflammatory drug. The films are orders of magnitude thinner than conventional drug deliver coatings, said Genhong Cheng, a researcher at UCLA’s Jonsson Comprehensive Cancer Center and one of the study’s authors. A nanometer is one billionth of a meter.
“Using this system, drugs could be released slowly and under control for weeks or longer,” said Cheng, a professor of microbiology, immunology and molecular genetics. “A drug that is given orally or through the bloodstream travels throughout the system and dissipates from the body much more quickly. Using a more localized and controlled approach could limit side effects, particularly with chemotherapy drugs.”
Researchers coated tiny chips with layers of the nanoscale polymer films, which are inert and helped provide a Harry Potter-like invisibility cloak for the chips, hiding them from the body’s natural defenses. They then added Dexamethasone, an anti-inflammatory drug, between the layers. The chips were implanted in mice, and researchers found that the Dexamethasone-coated films suppressed the expression of cytokines, proteins released by the cells of the immune system to initiate a response to a foreign invader. Mice without implants and those with uncoated implants were studied to compare immune response.
The uncoated implants generated an inflammatory response from the surrounding tissue, which ultimately would have led to the body’s rejection of the implant and the breakdown of its functionality. However, tissue from the mice without implants and the mice with the nano-cloaked implants were virtually identical, proving that the film-coated implants were effectively shielded from the body’s defense system, said Edward Chow, a former UCLA graduate student who participated in the study and is one of its authors.
“The polymer films provided a cloak of invisibility for the implants, keeping the immune system from attacking,” Chow said.
The nanomaterial technology serves as a non-invasive and biocompatible platform for the delivery of a broad range of therapeutics, said Dean Ho, an assistant professor of biomedical and mechanical engineering with the McCormick School of Engineering and Applied Science, a member of the Robert H. Lurie Comprehensive Cancer Center of Northwestern University and the study’s senior author.
The technology also may prove to be an effective approach for delivering multiple drugs, controlling the sequence of multi-drug delivery strategies and enhancing the life spans of commonly implanted devises such as cardiac stents, pacemakers and continuous glucose monitors.
“For chemotherapy, this system could enhance treatment efficacy while preventing uncontrolled delivery and the resultant patient side effects,” Ho said. “Furthermore, as implantable devices continue to find widespread application in cardiovascular medicine, neural disorders and diabetes, the nano-cloaking capabilities can serve as a widely applicable approach to enhance the lifetime of these devices. This would eliminate unnecessary surgeries and enhance the efficiency of patient care.”
Many cancer drugs, chemotherapies for example, are delivered systemically through the blood stream. The drugs attack cancer cells, but also other fast growing cells causing side effects such as anemia, nausea and hair loss. If the chemotherapy could be delivered by implant directly to the tumor site, such side effects would be limited, said Cheng, who also is a member of the Center for Cell Control at the UCLA Henry Samueli School of Engineering and Applied Sciences.
“Say you have a localized cancer such as breast cancer, the drugs we give are not directly targeted to the breast,” Cheng said. “If we could apply the treatment locally and control the release of the drugs, the therapy might be more effective in treating the cancer.”
Chemotherapy drugs could potentially be placed in high concentration between the polymer films and an implant placed at the tumor site. The drugs would be released slowly, over time, delivering more of the toxic chemicals directly to the cancer cells.
This study provided the proof of principle that implants in animal models could be coated with materials that made them invisible to the immune system. Cheng and Ho are now testing in animal models whether cancer therapies can be effectively and safely administered and locally delivered using the nanomaterials.
The study was funded by the Center for Cell Control and Northwestern University, with additional support from the Jonsson Cancer Center, National Institute of Allergy and Infectious Disease of the National Institutes of Health and the V Foundation for Cancer Research. The Center for Cell Control (http://www.centerforcellcontrol.org/) is one of the Nanomedicine Development Centers funded by the National Institutes of Health through the Roadmap for Medical Research.
UCLA's Jonsson Comprehensive Cancer Center comprises about 235 researchers and clinicians engaged in disease research, prevention, detection, control, treatment and education. One of the nation's largest comprehensive cancer centers, the Jonsson center is dedicated to promoting research and translating basic science into leading-edge clinical studies. In July 2007, the Jonsson Cancer Center was named the best cancer center in California by U.S. News & World Report, a ranking it has held for eight consecutive years. For more information on the Jonsson Cancer Center, visit our Web site at http://www.cancer.mednet.ucla.edu/.
Media Contact:
Kim Irwin
(310) 794-2262
[email protected]