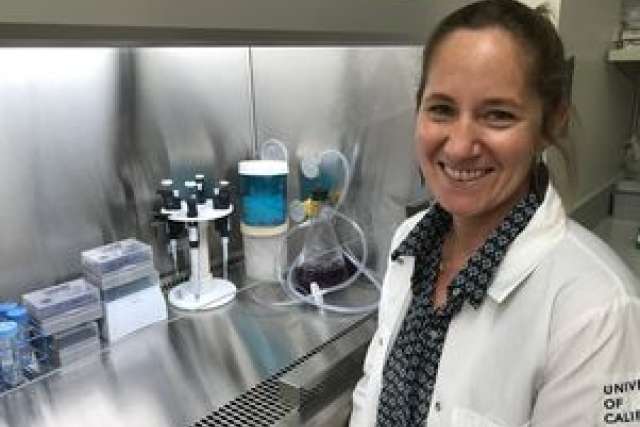 In the first study of its kind, researchers have found that cholesterol-lowering statins may improve the conditions of people with a rare lung disease called autoimmune pulmonary alveolar proteinosis. The research also suggested that two new tests could help diagnose the condition.

Autoimmune pulmonary alveolar proteinosis is a rare syndrome affecting 1 in 150,000 people worldwide. The condition stems from an abnormal accumulation of an oily substance made up of cholesterol, phospholipid and proteins in the air sacs, or alveoli, of the lungs. The buildup occurs because cells called alveolar macrophages, which normally help clear out the substance, do not function properly. When the air sacs become clogged, patients develop shortness of breath and, potentially, respiratory failure. Currently, the only treatment is "whole lung lavage," an invasive procedure performed under anesthesia that washes out the buildup of debris from the lungs. Statins are a class of drugs that lower cholesterol in the blood and can reduce the risk of heart attack and stroke. They work by blocking a substance needed to make cholesterol.

Prompted by the clinical improvements in these women, researchers then took cells derived from a group of people with autoimmune pulmonary alveolar proteinosis and exposed the cells to statins in a culture. The study showed that statins stimulated the alveolar macrophages, the cells responsible for helping to clear excess cholesterol and proteins. Next, researchers were able to demonstrate that statin therapy improved markers of pulmonary alveolar proteinosis in mouse models.

The study also highlights the potential use of two new measures to diagnose pulmonary alveolar proteinosis. One used a computer software program that analyzed computed tomography scans of the lungs and, in doing so, improved assessment of the disease's severity. A second method measured cholesterol levels from fluid obtained during a lavage treatment in conjunction with an endoscopic evaluation, a technique that could replace the need for a more risky lung biopsy.

The study did not define the optimal dose of statin therapy or the time required to reach maximum improvement. The next steps will be to research the specific mechanisms of action, how statins affect the disease and the potential role of statin therapy in autoimmune pulmonary alveolar proteinosis. Clinical trials will evaluate the relative safety and potential efficacy of statins in patients.

This study suggests that oral statin therapy may be a new approach for patients with autoimmune pulmonary alveolar proteinosis.

The study's co-senior authors are Dr. Elizabeth Tarling of UCLA and Dr. Bruce Trapnell of Children's Hospital Medical Center of Cincinnati, Ohio. Other authors are listed in the journal article.

The study was published in the journal Nature Communications.

The National Institutes of Health funded the research.