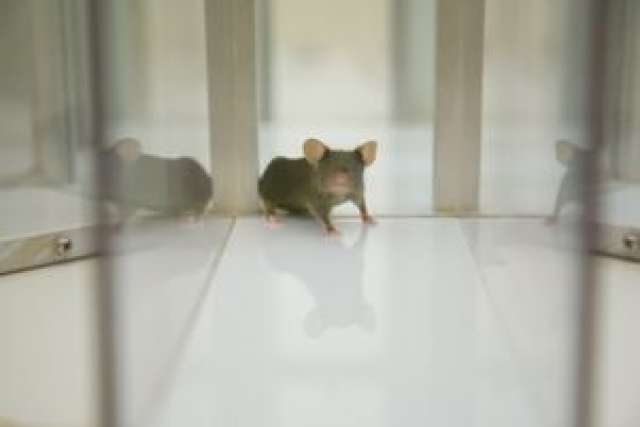 Their findings were published online Nov. 10 by the journal Nature Neuroscience.

The disorder, which is caused by a genetic mutation, can disrupt a child’s development in many ways. It often causes unusual facial features, short stature, heart defects and developmental delays, including learning disabilities. No treatment is currently available.

“Noonan syndrome affects 1 in 2,000 people, and up to half of these patients struggle with learning disabilities,” said Alcino Silva, the study’s principal investigator and a professor of neurobiology, psychiatry and psychology at the David Geffen School of Medicine at UCLA. “Our approach identified the mechanism causing the disease, as well as a treatment that reversed its effects in adult mice. We are excited about these findings because they suggest that the treatment we developed may help the millions of Noonan patients with intellectual disabilities.”

While many genes contribute to Noonan syndrome, there is one gene that causes about half of all cases. This gene encodes for a protein that regulates another protein called Ras, which controls how brain cells talk to each other, enabling learning to take place.

Working with first author Young-Seok Lee, Silva studied mice that were genetically engineered to develop Noonan syndrome. They discovered that the predominant mutation that leads to Noonan creates hyperactive Ras, which disrupts cellular conversations and undermines the learning process.

“The act of learning creates physical changes in the brain, much like grooves on a record,” said Silva, who also is a member of the UCLA Brain Research Institute and UCLA Integrative Center for Learning and Memory. “Surplus Ras tips the balance between switching signals on and off in the brain. This interrupts the delicate cell communication needed by the brain to record learned information.”

Lee, a former UCLA postdoctoral researcher, now runs his own lab at Chung-Ang University in Seoul, Korea. “Hyperactive Ras signaling in the brain is to blame for Noonan’s neurological and behavioral symptoms,” he said. “An overabundance of Ras prematurely alters the brain’s synapses, leaving no place for the brain to record the changes necessary for learning.”

Drawing upon Silva’s previous research on neurofibromatosis 1, another Ras-influenced disease, the UCLA team treated the mice with lovastatin, an FDA-approved statin drug currently in wide clinical use.

“Noonan syndrome interferes with the changes in brain cells needed for learning, which results in learning deficits,” Silva said. “Statins act on the root of the problem and reverse these deficits. This enables the process of learning to physically change the brain and create memory.”

When adult mice with Noonan were treated with lovastatin in the UCLA study, the drop in Ras activity dramatically improved their memory and ability to remember objects and navigate mazes.

“We were amazed to see that statin treatment restored the adult animals’ cognitive functions to normal. Traditionally, science assumes that therapy needs to start in the fetal stage to be effective,” explained Silva. “Our research suggests that the leading gene mutation responsible for Noonan syndrome plays critical roles not only in fetal development, but also in how well the adult brain functions.”

According to Silva, UCLA’s approach could help the estimated 35 million Americans who struggle with learning disabilities. The next step will be to bring the drug therapy into clinical studies for Noonan. For details about trial locations, contact the Rasopathies Network.

The research was supported by grants from the National Institute of Mental Health. The study’s UCLA coauthors were Dan Ehninger, Miou Zhou, Ying Cai, J. Balaji and Yoshitake Sano.