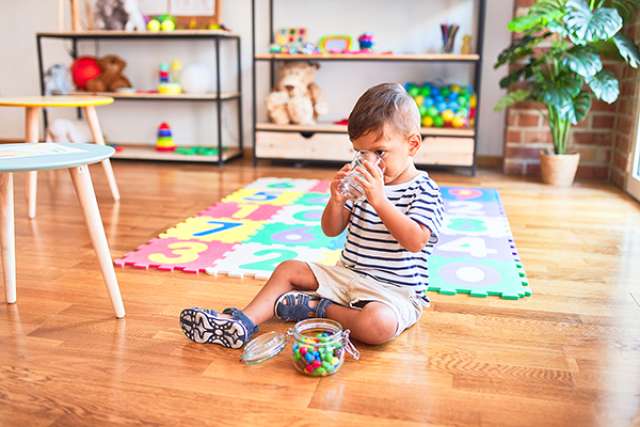 Efforts to ensure safe drinking water for children need further support to reach their intended audience, according to an analysis of California's mandate requiring child care facilities to test their water for lead, known as AB 2370.

The finding from the UCLA Luskin Center for Innovation is part of a new report< and policy brief that examine strategies for developing and implementing the state's testing and remediation program for those sites. Among its recommendations, the report stresses the need for a dedicated funding stream to ensure the program's success.

"We've learned from a similar program in California's schools that if robust monitoring and funding doesn't exist, much of the needed testing and remediation won't be implemented," said Gregory Pierce, associate director of the center and lead author of the study.

In order to be successful, Pierce predicts, the program will require five to 10 times more funding than the $5 million currently budgeted by the state.

Lead exposure poses an acute threat to young children and their families. Even low-level exposure has been connected to loss in IQ, hearing impairments and learning disabilities. Recognizing this threat, California passed Assembly Bill 2370 in 2018, which mandates the testing of drinking water for lead at licensed child care facilities built before 2010. These sites must complete the tests before 2023 and, if elevated levels are found, remedy the problem or find alternative sources of water.

AB 2370 represents a meaningful step toward further protecting children's health, the researchers say, but implementing the law remains a huge feat. Thousands of day care centers must test and clean up their plumbing systems, and many of these facilities are experiencing funding and staffing shortages, especially during the coronavirus pandemic.

To determine how to best implement the program, the researchers synthesized feedback from a variety of stakeholders, including child care providers, environmental justice advocates and water utilities. They found several current shortcomings, including the fact that many child care providers have not received directives to test their water and that the program's messaging is only available in English and Spanish.

The study recommends that stakeholders at all levels have a voice in helping to design the program to correct problems. A co-design process that includes parents, day care centers, utilities and state agencies will result in higher compliance rates and confirm that all centers have their facilities tested in a timely manner, the researchers say.

It is also important that the program not increase mistrust of tap water in settings where such concern is unmerited, according to the report. For instance, after hearing about the lead testing program, some day care centers and parents began using bottled beverages, even though their drinking water was clean. Bottled water can be expensive and has a negative environmental impact.

Overall, the researchers view the program as an important step toward ensuring the human right to clean water for all Californians. A more streamlined and supported implementation process, they say, would help officials better deliver on-the-ground results statewide.

The study was funded by First 5 LA, an independent public agency working to strengthen systems, parents and communities so that by 2028, all children in Los Angeles County will enter kindergarten ready to succeed in school and life.