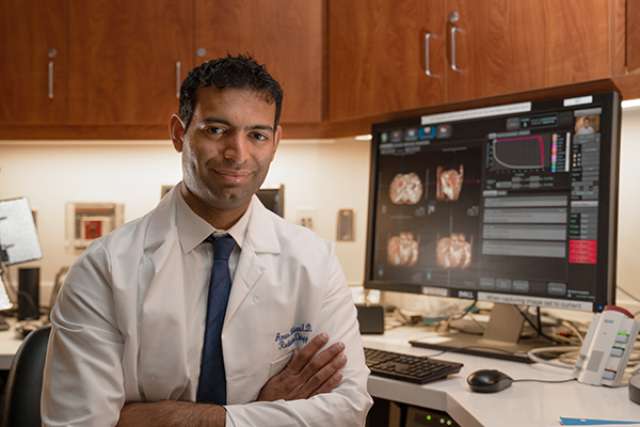 FINDINGS
A study led by researchers at the UCLA Jonsson Comprehensive Cancer Center found shortening a traditional 45-day course of radiation to a five-day course delivered in larger doses is safe and as effective as conventional radiation for men with high-risk forms of prostate cancer.

The findings show the five-day regimen of stereotactic body radiotherapy, a form of external beam radiation therapy that uses a higher dose of radiation, had a four-year cure rate of 82%. Severe side effects were also rare. Around 2% experienced urinary issues and less than 1% had bowel side effects.

BACKGROUND
Building on previous UCLA research that provided significant evidence that a shortened regimen of radiation could be a viable treatment option for men with low- and intermediate-risk prostate cancer, researchers decided to broaden the study to see if a shorter course would a viable option for men with aggressive disease.

METHOD
Researchers analyzed data from 344 men with high-risk prostate cancer who were enrolled in a clinical trial from seven institutions across the globe, including UCLA. Minimum follow-up was 24 months and the median follow-up was 49.5 months. This the largest dataset to date that looked at this type of treatment in men with more aggressive prostate cancers can help improve the overall quality of life for men with prostate cancer.

IMPACT
Conventional radiation, which requires daily visits for treatment, can be burdensome for many. Shortening radiation therapy from six-and-a-half weeks to five days is a significant advancement that can help improve the overall quality of life for men with prostate cancer.

JOURNAL
The study was published online in the International Journal of Radiation Oncology, Biology, Physics.

FUNDING
The work was supported by an ASTRO-PCF Young Investigator Award for Kishan.