Study focuses on mental health of gay men amid pandemic

Feelings of anxiety and loneliness are widespread amid the isolation caused by COVID-19, new UCLA-led survey shows 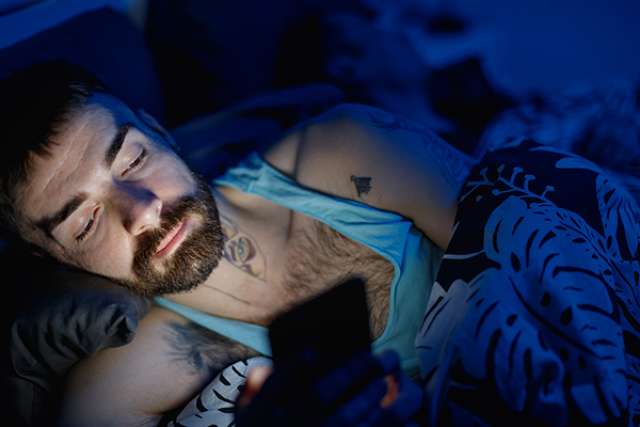 The study suggests social networking and other technology could help alleviate some of the challenges associated with isolation during the pandemic.
February 8, 2021
Estimated read time: 3 minutes

Sixty-three percent of men who participated in a new UCLA-led study reported only leaving their home for essentials amid the COVID-19 pandemic. The research suggests being in isolation has contributed to feelings of anxiety and loneliness, and dissatisfaction with their sex life.

The study, by the Gay Sexuality and Social Policy Initiative at the UCLA Luskin School of Public Affairs, was published in the Journal of Homosexuality. It focuses on a group that historically has been disproportionately affected by poor health outcomes. The results are based on responses from more than 10,000 men in 20 countries via a survey conducted in April and May 2020 on Hornet, a social networking app, which also participated in the research.

The paper's lead author, Ian Holloway, is faculty director of UCLA's Gay Sexuality and Social Policy Initiative, which is dedicated to understanding the complexities of gay male sexuality. Other authors are from UC San Francisco and the LGBTQ+ Foundation in San Francisco.

The study found that those who have stayed in during the pandemic were:

"We know that all people are affected by the isolation that can result from physical distancing," said Holloway, a UCLA associate professor of social welfare. "Our concern is that the harm may be more severe among gay and bisexual men, who face disproportionate rates of poor mental health and sexual health outcomes. COVID-19 has exacerbated stress, anxiety and social isolation within our communities."

Social networking apps like Hornet provide an opportunity for people around the world "to connect with one another and cultivate a sense of community," said Alex Garner, one of the study's co-authors and senior health innovation strategist at Hornet. "We must invest in interventions that include harm reduction approaches and leverage technology where possible to increase access to necessary health services and strengthen community connections."

Sean Howell, a co-author of the study and CEO of the LGBTQ+ Foundation, noted that many in the LGBTQ+ community lack the resources to effectively combat COVID-19, and it is especially critical to understand the challenges facing younger gay people.

"They face greater economic jeopardy or have increased exposure to the virus," Howell said.

Holloway said there will be significant challenges in tracking mental health outcomes for gay men and other vulnerable communities in the coming months and years. "Our study shows us that technology can help us meet the moment."

Holloway also directs the UCLA Hub for Health Intervention, Policy and Practice, the umbrella organization for the Gay Sexuality and Social Policy Initiative. In addition to producing research, the initiative will conduct policy analysis and participate in community mobilization seeking to empower global gay communities.