Study identifies 69 genes that increase the risk for autism 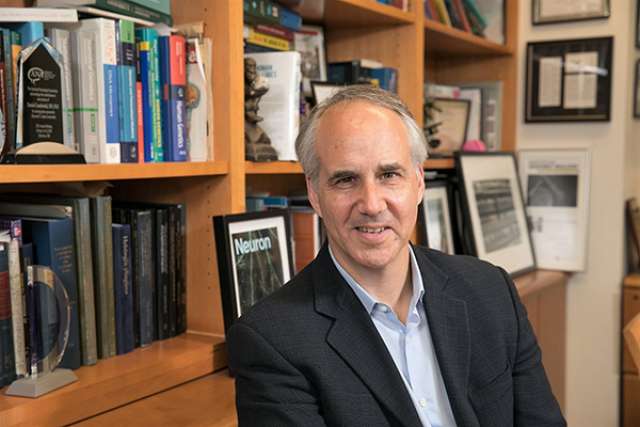 A UCLA-led research team has identified dozens of genes, including 16 new genes, that increase the risk of autism spectrum disorder. The findings, published in the journal Cell, were based on a study of families with at least two children with autism.

Researchers from UCLA, Stanford University and three other institutions used a technique called whole genome sequencing to map the DNA of 2,300 people from nearly 500 families. They found 69 genes that increase the risk for autism spectrum disorder, or ASD; 16 of those genes were not previously suspected to be associated with a risk for autism.

Researchers also identified several hundred genes they suspect may increase the risk of autism based on their proximity to genes that were previously identified to carry an increased risk. The study further revealed several new biological pathways that had not previously been identified in studies of autism.

"When we look at parents of autistic children and compare them to individuals without autism, we find that those parents carry significantly more, rare and highly damaging gene variants," Ruzzo said. "Interestingly, these variants are frequently passed from the parents to all of the affected children but none of the unaffected children, which tells us that they are significantly increasing the risk of autism."

Of the children in the study, 960 have autism and 217 children do not. That enabled researchers to analyze the genetic differences between children with and without autism across different families.

"Studying families with multiple children affected with autism increased our ability to detect inherited mutations in autism spectrum disorder," said Dr. Daniel Geschwind, a senior author of the study and the Gordon and Virginia MacDonald Distinguished Professor of Human Genetics, Neurology and Psychiatry at the David Geffen School of Medicine at UCLA.

"We show a substantial difference between the types of mutations that occur in different types of families, such as those that have more than one affected child versus those having only one child with ASD," said Geschwind, who also is director of the UCLA Center for Autism Research and Treatment and director of the Institute of Precision Health at UCLA.

The research also found that the 16 genes newly determined to be associated with an increased risk for autism form a network with previously identified genes that are associated with a risk for autism spectrum disorder. The way they interact with one another further heightens the risk, said Dennis Wall, the study's co-senior author, a Stanford University School of Medicine associate professor of pediatrics and of biomedical data science.

"They associate with each other more tightly than we'd expect by chance," he said. "These genes are talking to each other, and those interactions appear to be an important link to autism spectrum disorder."

The nearly 600 genes researchers suspect to carry an increased risk of autism were identified through "guilt by association," meaning through their interactions with other genes that already had been shown to carry an increased autism risk, Ruzzo said. Although not all of those genes will be found to increase the risk for autism, the analysis indicated that future studies will provide support for many of these genes.

The families in the study are part of the Autism Genetic Resource Exchange, or AGRE, which was developed nearly two decades ago by researchers and the National Institutes of Health in collaboration with Cure Autism Now, which is now a program of Autism Speaks.

Autism is a spectrum of neurological disorders characterized by difficulties with communication and social interaction. Geschwind has been working to identify the genetic causes and biological mechanisms of the disorder for more than a decade, and in the late 1990s, he led the development of the AGRE resource used in the new study. In 2018, he and colleagues at UCLA received their second five-year grant from the NIH to further expand autism research by studying genetic causes of autism in African American families.