UCLA research suggests officials should use other metrics to allocate COVID-19 support, other resources 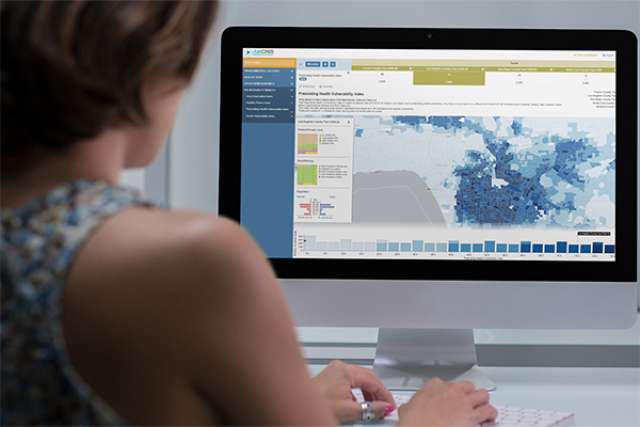 The study's authors write that data models being used now do not properly consider underlying racial inequities and other key factors.

Delivering COVID-19 vaccines and other pandemic relief to certain small ethnic populations in California may be a particular challenge for a somewhat ironic reason: Many members of those groups do not live in neighborhoods that have been identified as being highly vulnerable to virus transmission.

"The data we've been compiling show that Pacific Islander and other smaller Asian groups are two to three times more likely than non-Latinx white workers to be essential workers, who are at a higher risk of being exposed during a pandemic," said Ninez Ponce, director of the UCLA Center for Health Policy Research and principal investigator of the California Health Interview Survey. "But they have received less attention because their numbers are fewer, and this is why we are promoting more ways to use data to address striking disparities."

The study, led by Paul Ong, director of the UCLA Center for Neighborhood Knowledge, examined four data models that public policy and health policy officials typically rely upon to decide how to distribute resources.

Those models, including one created by UCLA, are used by public agencies such as the Centers for Disease Control and Prevention and the Health Resources and Services Administration. But the research found that the models only capture certain segments of the target racial and ethnic groups who reside in vulnerable areas. The study's authors write that the models do not properly consider factors such as underlying racial inequities, as well as housing status, occupation and other metrics related to socioeconomic status.

They conclude that officials should look beyond geographic measures to address specific pandemic-related goals and relief efforts.

"It would be great to pinpoint for state and local policymakers where the vaccines should go to help these vulnerable populations," Ong said. "Unfortunately, it's not that easy, because they are a hidden diaspora and not tied to a geographic place."