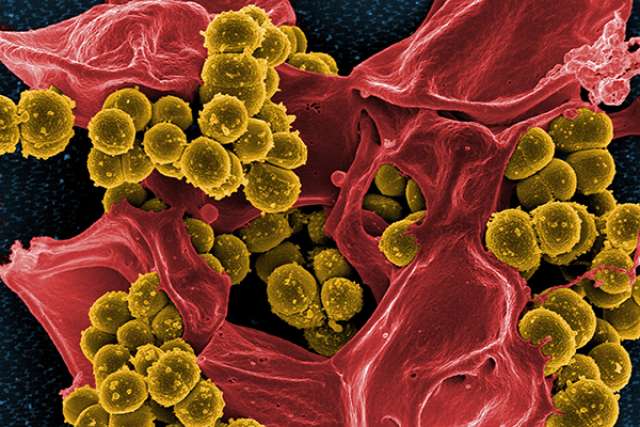 Researchers applied a new approach pioneered at UCLA to predict which methicillin-resistant Staphylococcus aureus, or MRSA, infections will fail to respond to antibiotic treatment. By focusing on epigenetics — changes to gene expression that can't be detected by standard DNA sequencing — the study examined how the immune system recognizes dangerous superbugs and works with antibiotics to clear them.

The Staphylococcus aureus bacterium can live harmlessly on a person's skin and in their nose, occasionally causing mild infections that can be treated with standard antibiotics. When it enters the bloodstream, however, it can transform into a virulent and life-threatening pathogen that doesn't respond to most antibiotic treatments.

One of the most feared superbugs, MRSA can spiral into sepsis and destroy tissues and organs, requiring the amputation of limbs. If unresponsive to treatment, such infections can end in death. Prolonged attempts to treat the infection with increasingly toxic antibiotics can also increase resistance risk and lead to kidney damage, hearing loss or worse.

The team used an approach developed at UCLA to study how methylation — a natural process in which the body modifies the activity of DNA without changing its sequence — can regulate the expression of some genes. These genes influence how the immune system protects against infection or partners with antibiotic therapy to clear stubborn infections.

Pinpointing these epigenetic signatures at early diagnosis will enable physicians to predict which patients are likely to respond to a frontline antibiotic treatment for MRSA and which require different treatment strategies to clear the infection. This personalized approach also holds promise for improving outcomes for viral infections like COVID-19, HIV and influenza, as well as bacterial infections like tuberculosis, urinary-tract infections and pneumonia.

The findings were published March 1 in Proceedings of National Academy of Sciences.

Grants from the National Institute of Allergy and Infectious Diseases funded the study.