Surgeon honored for work in social justice and health disparities 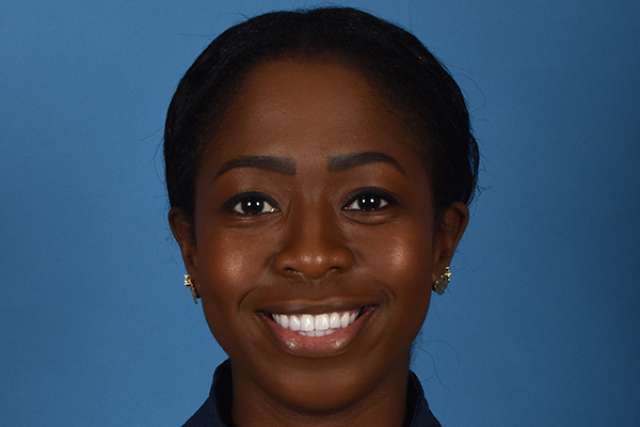 Dr. Efe Chantal Ghanney Simons, a fourth-year resident in the department of urology at the David Geffen School of Medicine, is the inaugural winner of a new Diversity Equity and Inclusion Award. The award was presented jointly by the Association of Women Surgeons (AWS) and the Society of Black Academic Surgeons (SBAS).

The accolade recognizes physicians in pursuit of a career in surgery that is in alignment with the missions of AWS and SBAS. Simons was chosen for her work on issues of social justice and health disparities in urology. Having grown up on the coast of Ghana, West Africa, she intends to continue global health work by sharing technologies and expertise in places such as Ghana, where endoscopic, laparoscopic and robotic surgeries are still a luxury.

Simons' career goal is to create urology training opportunities in her home country, which in 2014 had only eight urologists and a population of more than 25 million. In the United States, she intends to promote equity, diversity and inclusion in the workforce as well as in the delivery of health care to marginalized patient populations.

Simons received her medical education at the Icahn School of Medicine at Mount Sinai, where she founded several global health projects including an international palliative care research project that served Ghana. As a resident at the David Geffen School of Medicine, she received the 2020 Excellence in Teaching with Humanism Residents and Fellows Award.

"I hope that as an African female urologist, I will join the ranks of a handful of women whose lives exemplify that any goal is achievable regardless of one's societal labels," says Simons.