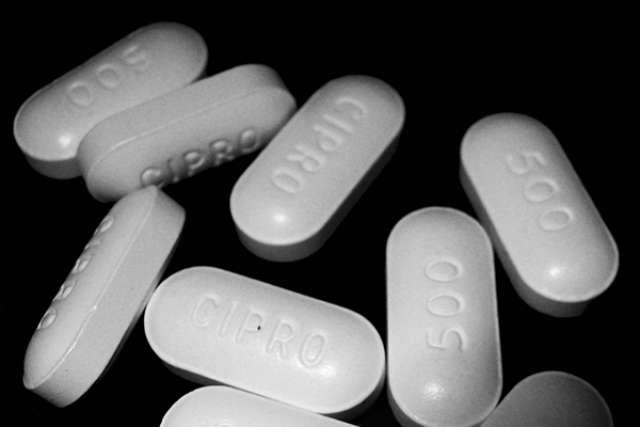 "Using a pill instead of a shot would also make it easier and faster to treat sex partners of patients with gonorrhea," said UCLA's Dr. Jeffrey Klausner, the study's lead author.
August 7, 2020
Estimated read time: 3 minutes

A test designed by UCLA researchers can pinpoint which people with gonorrhea will respond successfully to the inexpensive oral antibiotic ciprofloxacin, which had previously been sidelined over concerns the bacterium that causes the infection was becoming resistant to it.

In research published in the peer-reviewed journal Clinical Infectious Diseases, a UCLA-led team found that of 106 subjects the test identified as having a strain of gonorrhea called wild-type gyrA serine, all were cured with a single dose of oral ciprofloxacin. Though the test has been available for three years, this is the first time it has been systematically studied in humans.

The new test gives doctors more choices to treat the sexually transmitted infection and could help slow down the spread of drug-resistant gonorrhea, said Dr. Jeffrey Klausner, the study's lead author and a professor of medicine in the division of infectious diseases at the David Geffen School of Medicine at UCLA

"Gonorrhea is one of the most common drug-resistant infections worldwide and is becoming harder to treat. Current treatment methods require an antibiotic injection, which is expensive and painful," said Klausner, who is also an adjunct professor of epidemiology at the UCLA Fielding School of Public Health. "This new test could make it easier and safer to treat gonorrhea with different antibiotics, including one pill given by mouth.

"Using a pill instead of a shot would also make it easier and faster to treat sex partners of patients with gonorrhea," he added.

The ability of bacteria to change over time in ways that limit or eliminate the effectiveness of drugs designed to kill them has created a global problem. Gonorrhea is particularly skilled in this regard and has developed increasing resistance to all current antibiotics. Due to the spread of multidrug-resistant gonorrhea, public health authorities have declared it one of the top five urgent threats to public health.

Ciprofloxacin was used to treat gonorrhea until 2007, when the Centers for Disease Control and Prevention stopped recommending its use after gonococcal infections developed resistance to the drug.

Nevertheless, about 70% to 80% percent of gonorrhea infections in the United States could still be treated with ciprofloxacin. Scientists have been trying to determine how to better identify cases for targeted use of ciprofloxacin therapy, reducing the need to use the injectable antibiotic ceftriaxone and decreasing the risk of resistance to that drug. Gonorrhea’s resistance rate to ceftriaxone is currently less than 1%.

The DNA test the researchers developed detects a particular genetic mutation in the gonorrhea bacterium that make it resistant to ciprofloxacin. Ciprofloxacin is highly effective against infections without that mutation.

The researchers note that the findings are limited by the relatively small number of people studied and the fact that participation was limited to asymptomatic individuals. In addition, several people who were initially diagnosed with the wild-type strain through the test were subsequently found to be infected with other strain types.