UCLA faculty voice: Thanks to technology, our internal sleep clocks are out of sync 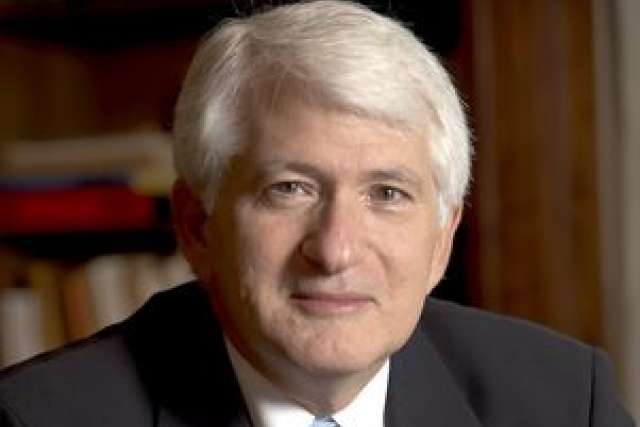 UCLA Chancellor Gene Block is a distinguished professor of psychiatry and biobehavioral sciences at the David Geffen School of Medicine at UCLA. This op-ed was published Aug. 14 in the Wall Street Journal.

In this season of vacation travel, many of us are happily resigned to jet lag as the price of international adventure. The malaise associated with crossing time zones has been recognized for decades, of course. What's new is our understanding of the wider phenomenon that scientists call "circadian disruption," a disorder of our internal timing system. It can have profound health consequences, and its causes extend well beyond the occasional overseas jaunt.

In humans, the circadian rhythm in sleep and wakefulness — that is, our approximately 24-hour biological cycle — is reset each day by the light around us. This adjusts the body's internal clock to the local time zone. Or, to be more precise, it resets our myriad circadian clocks, because it is now clear that the mechanism operates not just in the brain but also in the cells of most tissues and organs.

This timing system served early humans well. Sleep and wakefulness occurred naturally; seasonal changes in the time of dawn and length of the day and night were predictable and gradual enough to allow us to adjust. When humans migrated great distances on foot, slow changes across "time zones" could be accommodated easily.

Fast-forward to the modern era, when work schedules almost ensure that the day begins for most of us with an alarm clock interrupting our sleep. Add to this substantial and increasing light exposure at night, rapid travel across time zones, rotating shift work, and delayed and irregular meal times, and we have the ingredients for circadian disruption: a state in which the body's many internal clocks fall out of sync with one another and with the external daylight cycle, and — in some cases — stop functioning entirely.

Exposure to the glowing screens of cellphones and tablets contributes to the disruption of our bodies' circadian rhythms.

Occasional circadian disruption usually has only minor health consequences, such as disrupted sleep or daytime fatigue. But chronic disruption can lead to serious diseases, including Type 2 diabetes and various cancers. It also can cause suppressed immune function, cognitive deficits, weight gain and premature aging.

One way to think about our circadian rhythm is to imagine a wall of pendulum clocks with rubber bands connecting the pendulums, keeping them in unison. When we cross time zones, our central clock (in a part of the brain known as the suprachiasmatic nucleus, or SCN) receives information about ambient light from the retina, indicating the change in time of day.

This alters the rhythm of the SCN, but because the body's other clocks are only loosely coupled to the central clock, it takes time for them and the organ systems to which they belong to resynchronize — that is, to swing in harmony like the connected clock pendulums. During this time of adjustment, people often experience a mental and physical malaise.

For those who work night shifts during the week and return to normal schedules on weekends, the situation is further complicated by their exposure to light at night. For many shift workers, especially those on rotating shifts, the circadian disruption may last indefinitely, resulting in an increased risk of gastrointestinal and cardiovascular problems. Large studies of U.S. nurses and of women in the Danish military who worked night shifts also found an increased incidence of breast cancer.

Some of these risks are unavoidable. Many industries and government agencies require round-the-clock operations, so there will always be people engaged in shift work, and there will always be business travelers who frequently cross time zones. In addition, few of us will give up nighttime use of our brilliantly illuminated smartphones, computers and tablets.

But there are ways to deal with the problem. Research is beginning to show how we can regulate the various internal clocks that make up the circadian system. In addition, the advent of inexpensive wrist and pocket monitors that can monitor activity and inactivity may eventually allow individuals to "self-medicate" by optimizing their exposure to light and minimizing sleep disruption while they work and travel.

Federal health and work-safety agencies also could craft recommendations to improve our circadian hygiene. These might include, among other things, guidelines for the intensity and wavelength of bedroom lighting and for light from electronic devices.

Those who work rotating shifts would benefit from recommendations on the schedules that cause the least harm to their health and well-being and on the ideal number of days before changing shifts. More sensitive scheduling would also help airline crews and others whose jobs involve transcontinental or international travel.

Our globalized economy requires us to work harder and smarter and often to travel further to stay competitive. Protecting our circadian rhythms will ensure that we meet this challenge while staying healthy.