They lost their dad to COVID-19. An act of kindness made them feel 'less alone'

How a UCLA Health doctor is making a difference for families experiencing loss. 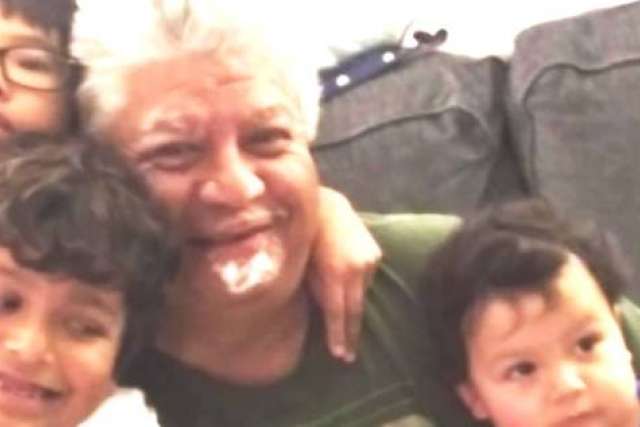 After spending Thanksgiving and what would have been their father’s 60th birthday in mourning, the Zubia family say this holiday season feels much different.

“It doesn’t feel like Christmas without my father,” says Priscilla Zubia, 20, the youngest of five siblings who lost their father, Jose Zubia, to COVID-19 in November.

Zubia was a mechanic that everyone in the neighborhood relied upon. He often answered calls in the middle of the night to pick up friends in need of a ride. He was the kind of person who would spare his last few dollars to help a stranger in need.

When she first met Zubia, Thanh Neville, MD, intensive care physician and medical director for the 3 Wishes Program at UCLA Health, was immediately struck by his altruism even as he was suffering from severe symptoms of the disease. 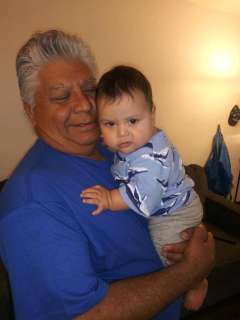 “There aren’t a lot of good treatments for COVID-19 right now and we're still studying a lot of drugs,” Dr. Neville says. “We asked him if he would consent to clinical trial therapies – Mr. Zubia told us of course he would consent, because even if he didn’t benefit from this study, he hoped the information would help others.”

“He was such a loving person,” says his eldest daughter, Joanna, 29. “He put everyone but himself first.”

The single father had raised his five children, Travian, Joanna, Favian, Jonathan and Priscilla, on his own for 16 years. Having grown up without close family, Zubia wanted to instill that value of connectedness in his children, in addition to kindness, compassion and the importance of hard work.

When his children began to get sick, naturally, he put them first.

Favian, 28, came home after work one day and realized he had lost his sense of taste – one of the many symptoms of COVID-19. The family knew they had to get tested.

One by one the positive test results came in.

“My dad was the only one who had a negative test,” Joanna says, “We were all trying to keep our masks on at home but we live in such a tight space.”

Five of the six family members live in a one-bedroom apartment in South L.A., making it nearly impossible to isolate.

“I was in bed, coughing and in pain. Every single symptom that you can get, I had,” Joanna says. Unable to bear her pain, Zubia drove his daughter to the hospital.

“They said my oxygen levels were fine and sent me home,” Joanna says.

A few days later she noticed her father was too weak to get out bed and hadn’t taken any of the over-the-counter medicine they had put out for him. “I didn't know that he was in as bad of a physical state that he was, until the next morning, where he was just kind of moaning and whimpering,” she says.

Zubia’s fever grew, and he became delirious. With help from her three brothers, Joanna put her father in the car and drove him to Ronald Reagan UCLA Medical Center.

“We got a call that he had pneumonia and needed to be put on a ventilator. My heart just dropped,” she said.

Later that day Joanna’s condition began to worsen. “I couldn't stop coughing and the pain in my lungs was so bad. I wasn't able to get any rest,” she says. She was admitted to the ICU the following day.

As Zubia’s condition began to decline, Dr. Neville knew she had to find a way for the father and daughter to see each other, fearing this may be their final opportunity. 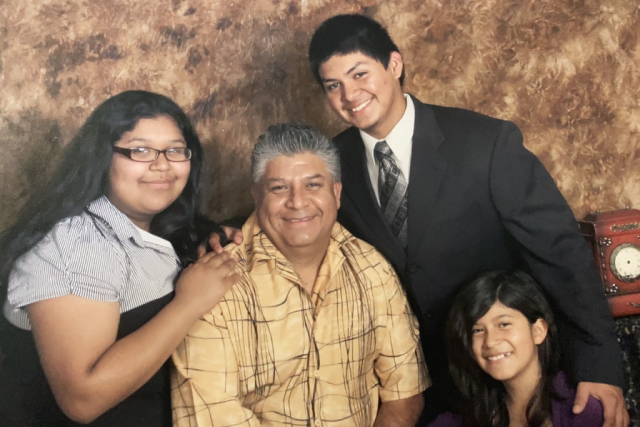 Jose Zubia, in an old family photo, with three of his five children: Joanna, left, Jonathan and Priscilla. (Photo courtesy of Zubia Family)

“I asked the nurses if they could change the bed assignments so that the father and daughter can be placed in adjacent rooms,” Dr. Neville recalls. “I then gowned up and prepared Joanna on what her dad would look like connected to life support. She confirmed she still wanted to see him.”

Joanna was re-assigned to a room adjacent her father’s, separated by a heavy glass door that opened one way. To ensure Joanna would be able to speak to her father without leaving her bed, Dr. Neville rearranged their beds and equipment, breaking into a sweat under her PPE. She slid the glass door as far as it would open so Zubia could hear Joanna talk to him.

When Dr. Neville called to see how Joanna and her family were doing, she learned they had set up a GoFundMe fundraiser to pay for their father’s funeral and were having a difficult time coming up with the following month’s rent. 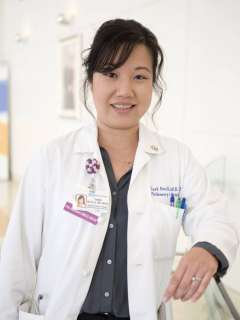 Dr. Thanh Neville contacted the founders of The Angel Fund to get assistance for the Zubia family.

“We were hopeful he would get out of the hospital,” Joanna says. “So we were trying to raise money to be prepared for physical therapy or whatever he needed.”

Once he passed, the family updated the page to reflect that donations would go toward burial costs.

Without hesitation, Dr. Neville contacted Greg and Jodi Perlman, founders and philanthropists behind The Angel Fund, which supports inpatient families with nonmedical assistance, such as gas, transportation or rent, as they get back on their feet. A grant for three months’ worth of rent was immediately approved.

The Angel Fund represents a model of philanthropy the Perlmans are driving through their newly formed organization, The Change Reaction. The organization identifies people like Dr. Neville as “change agents” and empowers them to make a greater difference in the lives of the people they serve by providing much needed financial resources.

“This was a change reaction moment,” Greg Perlman says. “If not for Thanh, this wouldn’t happen.”

Dr. Neville’s ability to connect with her patients on a profound level lets her identify areas where additional hope is sometimes needed, making her a perfect change agent for this movement, Perlman says. This new concept transforms the giver to receiver experience in a way that allows the donor to give on a personalized, meaningful level as the change agent.

The Perlmans are also supporters of UCLA Health’s 3 Wishes Program, an initiative in which health care workers implement final wishes for dying patients. As the program’s medical director, Dr. Neville provides families with creative ways to honor their loved ones at the end of life.

For example, the 3 Wishes Program granted the final wish of a patient to see his son get married. Dr. Neville and her team were given permission to hold a ceremony on the terrace. The couple wore face masks and physically distanced as nurses provided cake, flowers and a veil. Nurses even created a chuppah, or bridal canopy, out of four IV poles covered in sheets.

The 3 Wishes team has now fulfilled thousands of wishes for more than 600 families. Those have included allowing a patient to feel the fresh air for a final time, playing a patient’s favorite music, decorating their room, and providing families with tangible keepsakes. Keepsakes can be fingerprint keychains, sculptures of clasped hands that forever encase a patient’s last moments with their loved one, or framed EKGs, which one family used as a model for tattoos.

Leaning into the Perlmans’ philosophy of philanthropy through change agents, Dr. Neville was able to use the Angel Fund to grant one of the Zubia family’s most urgent wishes: to ease their financial burden during this trying time.

Once she received confirmation from the Perlmans, Dr. Neville emailed the Zubias to let them know they would be receiving three months’ rent. Unable to contain her excitement, she called them immediately after she hit send.

“This was a concrete, palpable act of kindness that I was able to deliver to this family because of the Perlmans’ philanthropy,” Dr. Neville says.

It was as if “a weight lifted off our shoulders,” Joanna says. “I was just so, so relieved and grateful and thankful, because we were really having a hard time.”

“Even though we're going through this horrible situation, knowing that the other people care and are here for us – people that don't even know us wanting to help – it feels like we're not alone,” Priscilla says.

On Wednesday, Dec. 16, the Zubia family laid their father to rest. Priscilla and Joanna say that the kindness of people such as Dr. Neville is helping them get through this difficult time.

Dr. Neville says she often carries the weight of taking her patients’ stories home with her. “Sometimes I feel like that's a really bad idea, but it also makes me who I am and why I do the work I do.”

Watching the effect that Dr. Neville’s act of kindness had “blew me away,” says Greg Perlman. “That’s what excites me so much about this giving philosophy, so we can empower people like Thanh.”

Joanna says because of people like the Perlmans and Dr. Neville, she has hope “for humanity.”