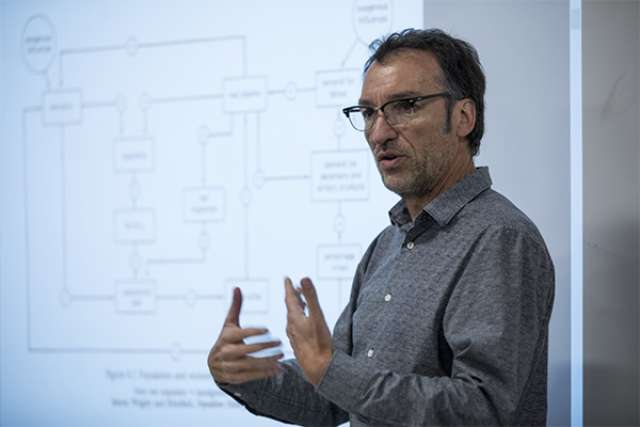 UCLA professor Patrick Heuveline says life expectancy in the U.S. should rebound once the number of COVID-19–related deaths is closer to zero.

As a demographer — someone who studies how human populations grow and change — UCLA professor of sociology Patrick Heuveline typically spends time each year traveling around the world, talking to people about their hopes for their families and their dreams for the future.

“Demography is obviously all about numbers — but at its core, it’s about people’s lives,” he said.

A big part of understanding demographics is understanding mortality, which is why in 2020 Heuveline’s research took on a grim new reality. He began tracking worldwide COVID-19 deaths and interpreting what those numbers mean to overall life expectancy.

This month marks a somber milestone in the pandemic: one year since the U.S. recorded its first COVID-19–related deaths. As of the end of March, more than 2.8 million around the world, including more than 550,000 Americans, have died of causes related to COVID-19.

In an article published in the open-access journal BMJ, Heuveline and Michael Tzen, a UCLA statistician, considered how those figures are affecting the average lifespan for people in the U.S. and around the world.

They estimate that in the U.S., life expectancy — how long a person born today is projected to live, based on current death rates — has now dropped by almost two years. The U.S. declared a public health emergency related to the coronavirus in February 2020. Prior to that month, the nation’s life expectancy was 78.8 years.

Since then, the paper found, life expectancy has dropped by at least 1.7 years, to 77.1 years.

“This is the United States’ largest decline in annual life expectancy since World War II,” Heuveline said, adding that Americans who have died of COVID-19 lost an average of 12 years from their expected lifespans.

The UCLA study also found that in many parts of the world, the pandemic’s effect on life expectancy has been even worse, and is still growing. Through February 2021, life expectancy had been reduced by 3.1 years in Panama, 2.6 years in Mexico and 2.5 years in Peru.

Tracking death counts during the pandemic has been particularly complex because in some places, such as Mexico and Peru, researchers believe official numbers of COVID-19–related deaths are likely underestimated.

Layer in COVID-19’s different effects on people of different age groups and on those with underlying conditions, and factor in the number of potentially preventable deaths that may have occurred because people delayed doctor visits for other conditions, and the picture gets even more complex, he said.

In a typical year, the U.S. records around 3 million deaths. Figuring out how many more deaths COVID-19 caused over the course of 2020 and into 2021 will take some time.

The researchers extrapolated their findings in part from a February 2021 government report (PDF) on the decline in life expectancy for the first six months of 2020, and then factored in what they called “ancillary deaths” related to the pandemic — meaning otherwise preventable deaths that were related to delayed health care, for example, or to a lack of access to resources because of the crisis.

Taking all of that into account, Heuveline projects that the number of deaths could be as high as 20% more than the number of reported COVID-19 deaths in the U.S. Making that adjustment suggests the drop in U.S. life expectancy might actually be just over two years.

Although the numbers are stark, the nation’s life expectancy figure should rebound once COVID-19–related deaths are closer to zero, Heuveline said.

“If COVID-19 mortality can be eliminated and COVID-19 infection among those who have recovered has no effect on their future survival, life expectancy would return to its previous level.”