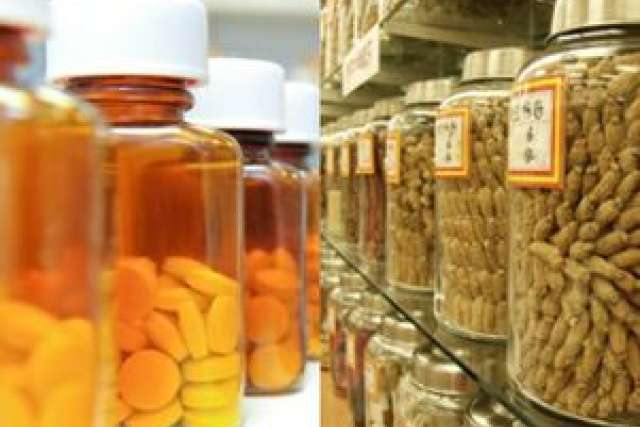 Given the complexity of the language and concepts in these texts, there is a need for accurate, high-quality translations, say researchers at UCLA’s Center for East–West Medicine. To that end, the center has published a document that includes a detailed discussion of the issues involved in Chinese medical translation, which is designed to help students, educators, practitioners, researchers, publishers and translators evaluate and digest Chinese medical texts with greater sensitivity and comprehension.

"This publication aims to raise awareness among the many stakeholders involved with the translation of Chinese medicine," said principal investigator and study author Dr. Ka-Kit Hui, founder and director of the UCLA center.

The 15-page document, "Considerations in the Translation of Chinese Medicine," was developed and written by a UCLA team that included a doctor, an anthropologist, a China scholar and a translator. It appears in the current online issue of the Journal of Integrative Medicine.

Authors Sonya Pritzker, a licensed Chinese medicine practitioner and anthropologist, and Hanmo Zhang, a China scholar, hope the publication will promote communication in the field and play a role in the development of thorough, accurate translations.

It also addresses issues of technical terminology, period-specific language and style, and historical and cultural perspective. For example, depending on historical circumstances and language use, some translations may be geared toward a Western scientific audience or, alternately, it may take a more natural and spiritual tone. The authors note that it is sometimes helpful to include dual translations, such as "windfire eye/acute conjunctivitis," in order to facilitate a link between traditional Chinese medical terms and biomedical diagnoses.

The final section of the document calls for further discussion and action, specifically in the development of international collaborative efforts geared toward the creation of more rigorous guidelines for the translation of Chinese medicine texts.

"Considerations in the Translation of Chinese Medicine," was inspired by the late renowned translator and scholar Michael Heim, a professor in the UCLA departments of comparative literature and Slavic studies. A master of 12 languages, he is best known for his translation into English of Czech author Milan Kundera’s "The Unbearable Lightness of Being." The new UCLA document is dedicated to him.

The document, the authors say, was influenced in large part by the American Council of Learned Societies’ "Guidelines for the Translation of Social Science Texts," which are intended to promote communications in the social sciences across language boundaries. It was also influenced by Pritzker’s longstanding anthropological study of translation in Chinese medicine, which is detailed in her new book, "Living Translation: Language and the Search for Resonance in U.S. Chinese Medicine," recently published by Berghahn Books.

Funded by a UCLA Transdisciplinary Seed Grant, the document is available for free in both English and Chinese (PDF format) on the UCLA Center for East–West Medicine website.