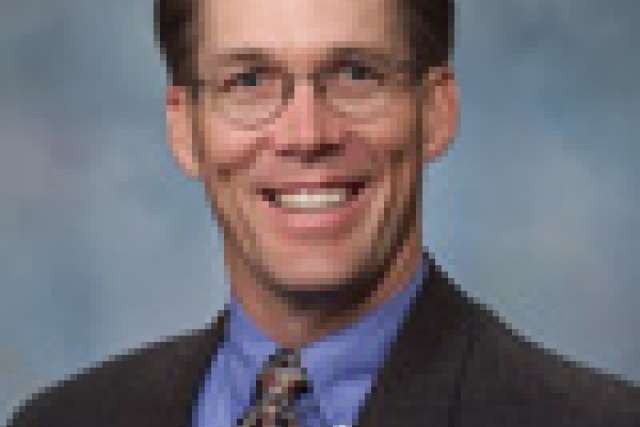 Fisher assumes the position from interim director Brandi Schmitt of the Office of the President at the University of California, which oversees the anatomical donation program for the five UC medical schools.

"Mr. Fisher will provide outstanding leadership as the program continues to offer an important service to Californians wishing to bequeath their bodies to scientific research and medical education," said Schmitt, UC director of anatomical services.

Before joining UCLA, Fisher, 48, served as director of anatomical bequests to the Department of Anatomy for the Mayo Clinic in Rochester, Minn. He joined the Mayo Clinic staff in 1988 and began his current position in 1997. The facility's board of governors designated Fisher an associate in 2001 in recognition of his professional excellence.

"We are pleased to appoint someone with such strong credentials to supervise the UCLA Donated Body Program, which enables the David Geffen School of Medicine to train new generations of physicians," said Dr. Allen Nissenson, associate dean for special projects and responsible executive officer for the program.

Fisher has co-authored many published articles and presented research abstracts on topics related to anatomy. At the Mayo Clinic, he helped to develop a series of computer-aided tutorials, later licensed for commercial use, on MRI anatomy of the head and neck.

He earned his bachelor's degree in mortuary science from the University of Minnesota in 1984. He is a member of the American Association of Clinical Anatomists and the National Funeral Directors Association.

"UCLA has taken extensive steps to make its Donated Body Program one of the finest in the country," said Fisher. "I look forward to supporting the UCLA community in its mission to advance medical education, research and clinical practice."

UCLA voluntarily suspended its Donated Body Program in March 2004 and reopened it in October 2005 under new University of California systemwide policies. Key features include:

"We have implemented a series of comprehensive strategies to enhance security, build in transparency and widen oversight of the program among multiple departments and staff at both UCLA and the UC Office of the President," said Nissenson. "We are confident that these measures will ensure that our donors' generous gifts will be used only to advance scientific research and our students' education."

Since the program reopened in late October 2005, 377 people have registered to will their bodies, and the program has received 263 donations, Nissenson said.

For more information about the University of California's Anatomical Donation program, go to ucop.edu/uc-health/initiatives/anatomical-donation-program. For details about the UCLA Donated Body Program, see uclahealth.org/donatedbody.