UCLA cardiologist elected to the National Academy of Sciences 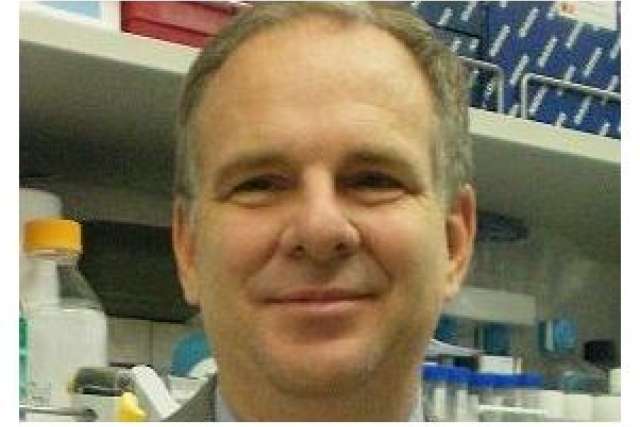 Dr. Stephen Young, a UCLA cardiologist and molecular geneticist who works on understanding mechanisms for human disease, has been elected to the National Academy of Sciences — one of the highest honors that can be bestowed on a scientist — in recognition of his “distinguished and continuing achievements in original research.”

The National Academy of Sciences announced today the election of 84 new members and 21 foreign associates from 14 countries.

Young, a distinguished professor of medicine and human genetics at the David Geffen School of Medicine at UCLA, focuses on two areas of research — plasma triglyceride metabolism and the role of nuclear envelope proteins in health and disease.

Along with UCLA colleagues, Dr. Loren Fong and Dr. Anne Beigneux, Young identified an endothelial cell protein, GPIHBP1, that is critical for the metabolism of triglycerides in the blood. GPIHBP1 binds a key enzyme within the interstitial spaces and shuttles it to the capillaries, where it digests triglycerides in the bloodstream. This process releases lipids that are stored in tissue and used for fuel in heart and skeletal muscles. A genetic deficiency of this protein in humans results in extremely high plasma triglyceride levels.

Young, along with Fong, is also a leader in neuroscience research at UCLA.  Together with their coworkers, they discovered that lamin B1 and lamin B2 (proteins that provide a structural scaffolding for the cell nucleus) are critical for the migration of neurons in the developing brain.

Young grew up in Topeka, Kansas. He obtained an undergraduate degree in history from Princeton University and went to medical school at Washington University School of Medicine in St. Louis. Young’s wife, Dr. Lorraine Young, is also a professor of medicine at UCLA and is co-chief of the UCLA clinical dermatology program.

The National Academy of Sciences has 2,291 active members and 465 foreign associates dedicated to the furtherance of science and its use for the general welfare.