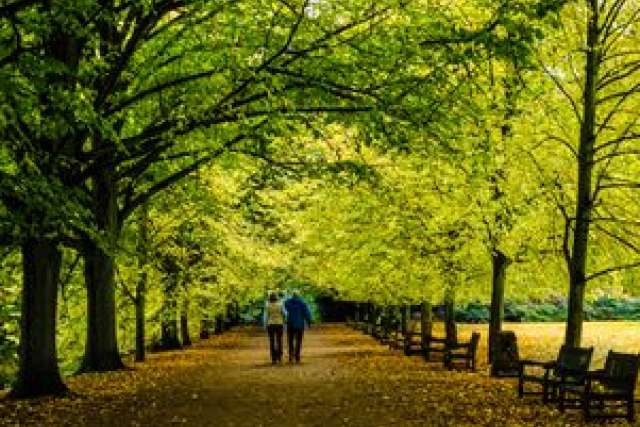 Dr. Jonathan Fielding is a distinguished professor of public health and pediatrics at UCLA. This column appeared in U.S. News and World Report.

Does behavior have a significant impact on your risk of developing dementia? That’s what a wealth of new data is suggesting, and the evidence, gathered from different research teams around the globe, is pointing in the same intriguing direction.

A suite of new studies came to a common finding — that our own behavior could partially stave off the effects of dementia, including dementia-related to Alzheimer’s, which accounts for up to 75 percent of cases, according to the Centers for Disease Control and Prevention. This should give us hope, empowering us to pay greater attention to our own key behaviors.

Researchers know that dementia involves progressive brain-cell failure, but the causes are not yet clear. It’s believed the disease develops from multiple causes rather than a single one. The greatest known risk factors for dementia are old age, a family history and carrying the APOE-e4 gene.

Those risk factors can’t be avoided, but as we’re learning, others most certainly can. In a comprehensive public health priority report issued in July, the Lancet Commission on dementia prevention, intervention and care identifies nine risk factors for dementia — less formal education, hearing loss, untreated hypertension, obesity, smoking, untreated depression, lack of exercise, social isolation and untreated Type 2 diabetes. In many cases, these risk factors can be avoided by individuals through changing their behavior and their use of preventive health services. The studies show if these risks are addressed from childhood onward, one-third of dementia cases could be prevented.

This behavioral hypothesis is hugely encouraging, yet a surprise omission in the Lancet’s report is the potential mitigating effect of healthy sleeping habits. Considering the beneficial impacts of sleep on several of the identified risk factors — depression, obesity and hypertension, this is a major oversight.

Fortunately there is considerable sleep research that is beginning to shed light on what’s surely one of the most important risk factors for Alzheimer’s and other forms of dementia. Healthy brain function depends upon connections between brain cells that move food molecules, cell parts and other key materials; so-called tau proteins keep these pathways straight. However, in Alzheimer’s patients, when tau proteins collapse into twisted strands known as “tangles,” the pathways cannot stay straight and nutrients and other essentials no longer make it through to the cells, which die. Three studies from Wheaton College found that deep, uninterrupted sleep allows the brain to “clean” connections between nerve cells, and might have an effect on tau proteins’ proper functioning. The Wheaton researchers also found significant connections between breathing disorders that forcibly interrupt sleep and the prevalence of Alzheimer’s-related dementia, and they weren’t alone. An American Thoracic Society report found that those carrying the APOE-e4 gene showed greater cognitive deficits with the various indices of sleep-disordered breathing compared to those without it.

If diabetes, and obesity are risks of dementia, it would naturally follow that what we eat should be considered. Four recently published studies, found that diet was also a key factor in fending off the risk of dementia. So-called Mediterranean-style diets — stressing fresh fruits and vegetables, fish and olive oil as opposed to saturated fat — had great benefits for brain and heart health. One study even found that people who make only a halfhearted attempt to follow a Mediterranean diet still reduced their risk of brain decline between 18 to 24 percent.

Getting enough exercise, both physical and mental, also reduces dementia risk. Among recent research on exercise and dementia, a study from Australia found that even caring for your grandkids could reduce the risk of Alzheimer’s, as it involves socially, physically and mentally challenging behaviors.

Such evidence cries out for clinical follow-up, and many experts expect that ongoing and forthcoming clinical trials are likely to provide more evidence in support of the effects of lifestyle intervention. Further, the Alzheimer’s Association announced its plans to launch a $20 million two-year clinical trial in 2018 to measure the degree that lifestyle changes can prevent cognitive decline. The trial of 2,500 at risk older adults (60–79 years old), will test interventions including physical exercise, nutritional counseling; social and cognitive stimulation; and improved self-management.

We already knew that adopting a healthy lifestyle can reduce your risk of obesity, Type II diabetes, hypertension, depression, bipolar disorder and a host of additional diseases. It should not surprise us that adopting a good diet, healthy sleep habits and an active lifestyle from childhood to mid-life could in fact help reduce our risks for dementia later in life. So, no time is better than now to invest in your future health. If you needed an additional reason to live healthily, this is it.