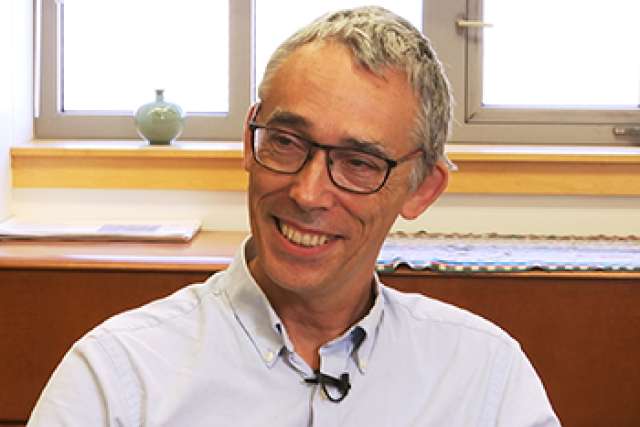 Flint is a professor-in-residence of psychiatry and biobehavioral sciences at the David Geffen School of Medicine at UCLA and a senior scientist at the Center for Neurobehavioral Genetics at the Jane and Terry Semel Institute for Neuroscience and Human Behavior at UCLA. A world-renowned expert in the genetic determinants of depression, the U.K.-born Flint is part of the executive team of the UCLA Depression Grand Challenge, an ambitious campus-wide effort aimed at developing better methods of understanding, preventing and treating the disease.

The Royal Society, founded in 1660, is the national science academy of the United Kingdom and its fellows include some 1,600 of the world's top scientists. Over the centuries, fellows have included Sir Isaac Newton, Charles Darwin and Stephen Hawking.

"Over the course of the Royal Society's vast history, it is our Fellowship that has remained a constant thread and the substance from which our purpose has been realized: to use science for the benefit of humanity," Venki Ramakrishnan, president of the Royal Society and Nobel Laureate, said in a statement announcing this year's fellows.

In 2015, Flint and colleagues published a study that was the first to link two genetic variants to depression. In 2016, he left his post at the University of Oxford's Wellcome Trust Centre for Human Genetics to join UCLA.

"Dr. Flint's election to the Royal Society is a fitting recognition of his career-long contributions to our understanding of the causes of mental illness, exemplified by his discovery of the first specific genes that increase the risk for major depression," said Dr. Nelson Freimer, the Maggie G. Gilbert Professor of Psychiatry, director of the UCLA Center for Neurobehavioral Genetics and director of the Depression Grand Challenge. "We were truly honored that he chose to join us at UCLA to continue his quest to identify the genetic underpinnings and characterize the many trajectories of this disorder, which will soon be the leading contributor to the global burden of disease."