Social media users are drawn to reliable health information and a doctor’s-eye view of the pandemic. 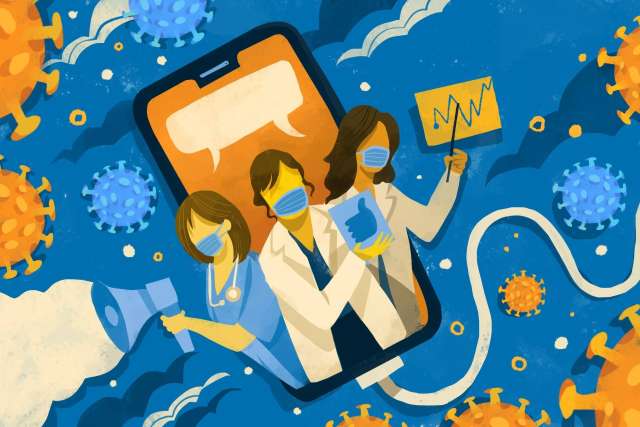 COVID-19 changed how everyone does business. We worked from home, we Zoomed, we no longer shook hands with co-workers.

Physicians, quite possibly, saw their work lives altered more than anyone else. Whether they were on the front lines of the pandemic fight or not, how they practiced medicine and shared critical research and knowledge with fellow health care professionals was nothing like they had experienced before.

Many physicians at UCLA Health and across the country began using social media as a public-health megaphone, a means of reaching a wide audience with reliable scientific information. Twitter even expedited extension of its blue-check-mark verification to credible medical sources early in the pandemic.

Some doctors who already had a presence on social media took to it more actively.

Yonca Bulut, MD, a physician in pediatric intensive care, started using the social-media platform in 2016 to network and share her research papers with colleagues. But during the pandemic, Twitter “became an essential tool” that connected her with a community of physicians across the globe, she says.

It was through the site, in April, 2020, that Dr. Bulut first learned about MIS-C – multi-system inflammatory syndrome in children – that can arise after COVID-19 infection. 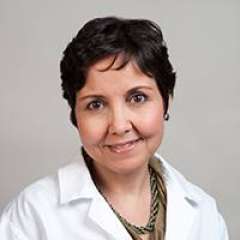 “The real-time, rapid information dissemination and instant communication among physicians makes this platform so essential for us — especially in the middle of the pandemic, because this is when the first cases of MIS-C were reported by the Pediatric Critical Care Society as an ‘urgent alert’ in the UK,” Dr. Bulut says. “The first time the pediatric ICU community heard about MIS-C was via Twitter.”

By the time she saw young patients with the condition at UCLA Health, she already had some insight into what they were facing.

“I couldn’t just do a PubMed search or go to the library or ask an infectious disease specialist, because information did not exist,” Dr. Bulut says. “So before the first publication, which came a few months later, we already knew about this. These posts were spread internationally, with 4,200 retweets. People in Africa, people in Turkey, people in South America were all reading about it. As the cases increased, shared knowledge and awareness increased. It’s such an essential tool that I think it made a difference in children’s lives.”

The accessibility of information on social media also makes it an “equalizer” among medical professionals internationally, she says: Anyone can avail themselves of emerging scientific information with nothing more than a cell phone and a free Twitter account. “Utilizing the hashtags #PedsICU and #Covid19 to cohort the pediatric critical care information allowed us to communicate instantly, provide scientific knowledge and combat misinformation,” she says.

Beyond connecting with fellow physicians, Dr. Bulut has used Twitter to widely share public health messages. She posted a photo of herself receiving the COVID-19 vaccine in December to encourage its uptake and tweeted about the importance of proper mask use.

In her native Turkey, for example, valved face masks were particularly popular early in the pandemic, but they aren’t as protective to others as traditional face masks. So she tweeted in Turkish to explain the issue.

The platform also fostered a sense of collegial community among health care workers during the ongoing challenges and isolation of the pandemic, she says.

“For me, and for a lot of people, it became an emotional support group for physicians. There were a lot of frustrated health care workers because they couldn’t find the masks, they couldn’t find the PPE, so we started helping each other online,” she says. “You just start talking and venting out and solving problems as we roll on. So it was also a clinician well-being tool.”

Dr. Bulut says she has been encouraging her social-media-shy coworkers to check out the platform. “I want all my colleagues to use it because, for me, it was a life-saver during this time. It not only helped me gather essential information for an emerging disease but allowed me to make connections that lead to international collaborations.” 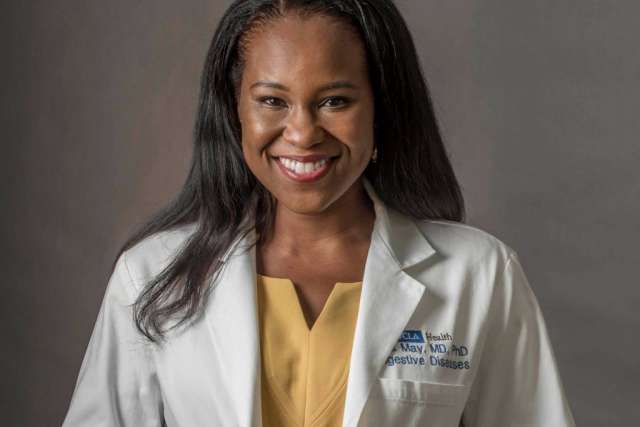 Folasade P. May, MD, PhD, also initially used Twitter to share her research findings, as well as to promote her advocacy work around issues of social justice and health inequities. It’s been a valuable networking tool for her as well, she says.

“I’ve had many professionals reach out to me from academic institutions — not only around the country, but around the world — about my research because we have showcased it on Twitter,” Dr. May says.

Just as powerful, though, are the connections she makes with the public about the importance of cancer screenings.

“I am a cancer researcher and I do a lot of work around cancer prevention, and we in this country suffer when it comes to screening rates for cancers or getting equitable care across racial and ethnic groups for cancer,” she says. “Twitter is a platform where I can share those public health concerns. It’s also a platform where I can energize the public and the medical community around these causes.”

Dr. May’s perspective on health inequities — from cancer screening to COVID-19 vaccine access — also has been amplified by the media thanks to her presence online, she says.

“I tweeted about inequities and vaccines for COVID-19. There are racial and ethnic inequities in who’s getting the vaccines. And I think it started with me doing one interview with one prominent news outlet,” she says. “They tweeted it and I retweeted it, and next thing we knew, every news outlet was calling to have a discussion with me about this topic. So it’s an incredible way to have your voice be heard.”

Dr. May has used that megaphone to provide reliable health information to her followers and to initiate important conversations with colleagues about racial and ethnic disparities in health care.

“I have never in my career as a health-equity researcher seen the entire world unite in recognizing this as a problem — not just with COVID-19, but across many different health conditions,” she says. “I’m so grateful that we are educating the public and our peers that we have problems with our health care system, so that’s another huge benefit I’ve seen as a professional being involved in social media.”

Being part of the public debate 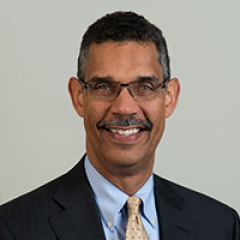 Clarence H. Braddock III, MD, MPH, vice dean of education at the David Geffen School of Medicine at UCLA, says the school trains its medical students to appreciate their role as a respected voice in the public sphere.

“We try to inculcate that sense, whether it's through the social media or going to meetings, to take the opportunity and to exercise that responsibility to bring that knowledge and perspective to the public debate,” Dr. Braddock says.

“Physicians are still a trusted voice, even in this era of declining trust in public institutions,” he says. “As a trusted voice, doctors need to recognize the responsibility that comes with that, to convey evidence-based information.”

Keep up with UCLA Health and the David Geffen School of Medicine at UCLA on Twitter.