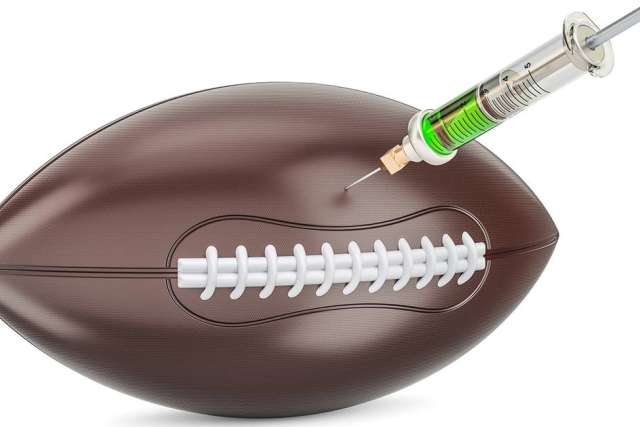 The COVID-19 vaccination status of professional athletes has been a hot topic, thanks largely in part to high-profile NFL stars such as Aaron Rodgers and Antonio Brown, as well as the recent spate of positive tests among players.

At the beginning of November, Rodgers, the superstar quarterback of the Green Bay Packers, found his exemplary role model status in jeopardy after he misled the public into thinking he was vaccinated against COVID-19.

Before the season started, Rodgers told members of the press he was “immunized,” leading people to think he had received the approved vaccine, when he actually had tried an alternative approach. Rodgers’ unvaccinated status became public after he tested positive for the coronavirus.

Then in early December, Super Bowl champion wide receiver Antonio Brown, along with two of Brown’s Tampa Bay Buccaneers teammates, was suspended by the NFL after league investigators determined Brown and his peers used fake vaccination cards to misrepresent their status.

Rodgers and Brown made headlines because of the NFL’s immense popularity and because they were misleading about their vaccinations.

Though there’s no obligation to share vaccination status, Dr. Kristofer J. Jones, head team physician for the Los Angeles Lakers and UCLA Health orthopaedic surgeon, said it’s important to be honest about it.

“Absolutely, I believe every single person in society has an obligation to be truthful about their vaccination status, whether they are an athlete or not,” he said. “There are real consequences to exposing people who may be at higher risk for severe disease.”

Rodgers received a $300,000 fine for violating the NFL’s COVID policy. Brown was handed a three-game suspension without pay. Professional sports leagues are not backing down, and are requiring players to either get vaccinated or miss games and receive stiff penalties.

“I think you will continue to see professional sports leagues enforce very strict COVID-related protocols if their athletes choose not to get vaccinated,” Dr. Jones said.

Though the NBA has not mandated vaccinations for players, Dr. Jones said he’s proud of the Lakers’ high rate of vaccination against COVID-19. At least part of that can be attributed to Jones and his medical team sitting down with the Lakers and explaining the value of the vaccines and the repercussions for those who are not vaccinated.

He said the NBA has rules in place preventing unvaccinated players from sitting near their teammates during travel or eating with them during team dinners. These policies, he said, helped to encourage most NBA players to get vaccinated.

“You can imagine, these types of restrictions can make you feel isolated from the larger group and over the course of a season, maybe effect team chemistry and bonding,” Dr. Jones said. “This is an important topic that we discussed with our players and one I think they took into account when making the decision to get vaccinated.” 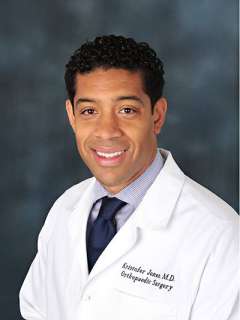 Decisions not to vaccinate

Not all NBA players are vaccinated, however. One star, the Brooklyn Nets’ Kyrie Irving, chose to remain unvaccinated and as a result has thus far missed every game this season. On Dec. 17, however, the Nets announced that Irving would rejoin the team for road games and that he could practice in the team's home facility.

At the start of the season, Irving said he needed to do more research before getting the vaccine.

Many professional athletes have reservations about getting vaccinated, whether it be a lack of trust in the health care industry and governmental regulators, or simply personal preference.

“I believe some athletes don’t think vaccinations are safe or effective, and the only reason they are getting the jab is because it is a condition of employment,” Dr. Jones said.

“When you look at these different government oversight committees, like the CDC or FDA, these are groups that are tied to the United States government and they are the ones responsible for vetting these vaccines and other medications before they make it to market,” he said. “Because the government has some involvement in that, obviously people are going to hold some skepticism.”

Dr. Jones commends the NBA and other professional sports leagues for the way they have handled the pandemic and vaccine policy throughout their respective organizations. Though there has been a recent increase in COVID-positive tests, the original shots and boosters have proven largely effective.

For the NBA, from a business standpoint, the result has been a smoother season thus far compared to last year.

“I think all the professional leagues are doing an excellent job across the board, as evidenced by the very low transmission numbers that we see from league to league and team to team,” Dr. Jones said. “Even among periodic outbreaks in certain cities, organizations have been able to avert similar widespread transmission.”

Collegiate sports are much harder to control when it comes to COVID protocols, Dr. Jones said. Nonetheless, mandatory vaccination required of student-athletes has led to full seasons of competition with a very low percentage of transmissions in multiple sports.

“As a physician, I strongly believe vaccines are the single best tool that we have to prevent widespread and recurrent COVID outbreaks,” Dr. Jones said.

“Patient education is paramount,” he said. “Whether it’s one of my patients in the office or one of my athletes in the training room, it is incumbent upon me to make sure they are well informed.”