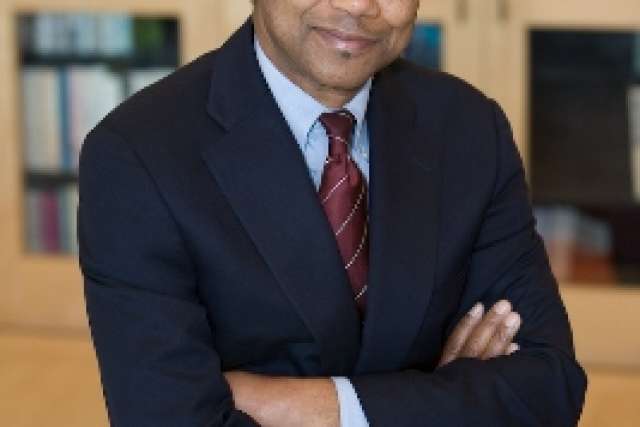 To the Campus Community:

Regretfully, I write to announce the departure from UCLA of Dr. A. Eugene Washington, who for nearly five years has admirably served our campus and the Los Angeles community as vice chancellor of UCLA Health Sciences and dean of the David Geffen School of Medicine at UCLA, and who has helped elevate our medical enterprise to world-class status.

Dr. Washington has been selected to serve as chancellor for health affairs at Duke University and president and CEO of the Duke University Health System beginning April 1.

An internationally renowned clinical investigator and health policy scholar, Gene came to UCLA in 2010 after a remarkable career at UC San Francisco, where he served as executive vice chancellor, provost and professor.

Since his arrival, Gene has proven to be an exceptional leader dedicated to improving the health of people throughout the Los Angeles region and far beyond. During his tenure, our medical centers in Westwood and Santa Monica have repeatedly been named to U.S. News and World Report’s Best Hospitals Honor Roll, consistently ranking among the best in the nation and No. 1 in California. Last November, Dr. Washington received the David E. Rogers Award from the Association of American Medical Colleges for his lasting contributions to health care.

In his time at UCLA, Dean Washington led a bold new direction for the future of health care, beginning a strategic planning process that envisioned 24/7 medical care by multidisciplinary teams, fast-track translation of groundbreaking research into hands-on health care and impactful partnerships dedicated to solving critical health issues in underserved communities. This process sought input from faculty, staff and students across the health system and the medical school, and created a blueprint for the future of our medical school and health system.

Also under his direction, a new groundbreaking gift from David Geffen helped ushered in an era in which increasing numbers of our students are pursuing their passions unencumbered by medical school debt, and has contributed to making the school one of the most competitive in the nation.

A national leader in assessing medical technologies, Gene also worked to develop clinical practice guidelines and establish disease prevention policies, particularly in women’s health. He was elected to the National Academy of Science’s Institute of Medicine nearly two decades ago and, in 2010, served as program chair of the IOM annual meeting focused on advancing health through innovation. Throughout his career, Dr. Washington’s research has contributed to policy-focused reports credited with improving health services and advancing health.

His global reputation as a committed, visionary leader and consensus builder has led him to serve on many prestigious professional and government boards and committees, including the Association of American Medical Colleges, the Centers for Disease Control, the Scientific Management Review Board of the National Institutes of Health, and the Robert Wood Johnson Foundation Board of Trustees. He also has served as a distinguished professor of gynecology and health policy and he holds the Gerald S. Levey, M.D. Endowed Chair.

As difficult as it is to see him go, I congratulate Gene on this tremendous new opportunity and wish both him and his wife, Marie, great success in their new ventures. He will remain in his current positions through the end of February. UCLA is blessed with exceptional leadership in our health care enterprise, and Executive Vice Chancellor and Provost Scott Waugh and I intend to appoint an interim vice chancellor and dean until a permanent successor is named.

Gene will be deeply missed, but his tenure here has positioned UCLA Health Sciences for an exceptional future that will be a source of pride for our campus and the Los Angeles community for many years to come.