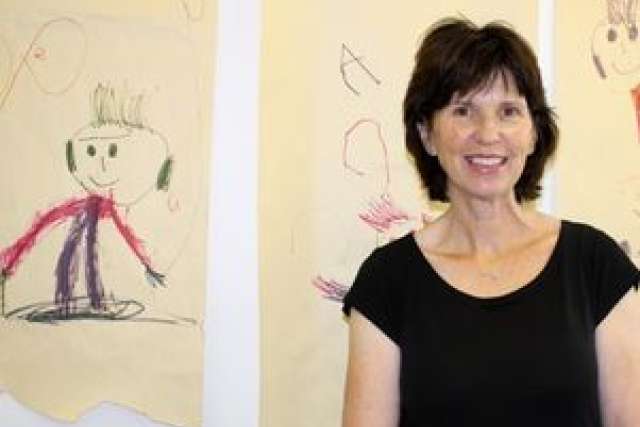 A UCLA-led study has found that the communication skills of minimally verbal children with autism can be greatly improved through personalized interventions that are combined with the use of computer tablets.

UCLA professor Connie Kasari, the paper's senior author, worked with researchers at Vanderbilt University and the Kennedy Krieger Institute. They found that children's language skills greatly improved when spoken- and social-communication therapy was tailored based on their individual progress and delivered using computer tablets.

The trial involved 61 children with ASD, ages 5 to 8. For six months, each child received communication therapy focusing on social communication gestures, such as pointing, as well as play skills and spoken language.

Half of the children were randomly selected to also use speech-generating applications on computer tablets for at least half of the time during their sessions. The tablets were programmed with audio clips of words the children were learning about during their therapy sessions and images of the corresponding objects. Working with a therapist, the child could tap a picture of a block, for example, and the tablet would play audio of the word "block."

The researchers found that children who had access to the tablets during therapy were more likely to use language spontaneously and socially than the children who received the communication intervention alone — and that incorporating the tablets at the beginning of the treatment was more effective than introducing it later in the therapy.

"It was remarkable how well the tablet worked in providing access to communication for these children," said Kasari, professor of human development and psychology in the UCLA Graduate School of Education and professor of psychiatry at UCLA's Semel Institute for Neuroscience and Human Behavior. "Children who received the behavioral intervention along with the tablet to support their communication attempts made much faster progress in learning to communicate, and especially in using spoken language."

Researchers also conducted follow-up visits with the children three months after the initial study period and found that their improvement had been maintained during that time.

The study was the first ASD research to use a sequential multiple assignment randomized trial, or SMART, design. The approach, which enables researchers to tailor interventions according to how each child in the study responds, was designed by Daniel Almirall and Susan Murphy, biostatisticians at the University of Michigan who were members of the research team. It also was the first randomized, controlled trial on this underserved population of children to use a computer tablet combined with an effective behavioral intervention.

Other study authors were Rebecca Landa of Kennedy Krieger and Johns Hopkins University, and Ann Kaiser of Vanderbilt. The study was funded by a High Risk High Impact grant from the Autism Speaks Foundation.

The findings were published in the June issue of the Journal of the American Academy of Child and Adolescent Psychiatry.

Based on this study, Kasari, who also is a member of UCLA's Center for Autism Research and Treatment, received a $13 million grant from the National Institutes of Health's Autism Centers of Excellence to fund continued research involving minimally verbal children.

The ACE Network–funded research, which is now underway, compares two types of intensive, daily instruction for children who attend schools in underserved communities and have an autism spectrum disorder and minimal communication abilities. The study also uses a SMART design and computer tablets. Researchers on the five-year network study are enrolling nearly 200 children at UCLA, Weill Cornell Medical Center in New York City, the University of Rochester and Vanderbilt University in Nashville.