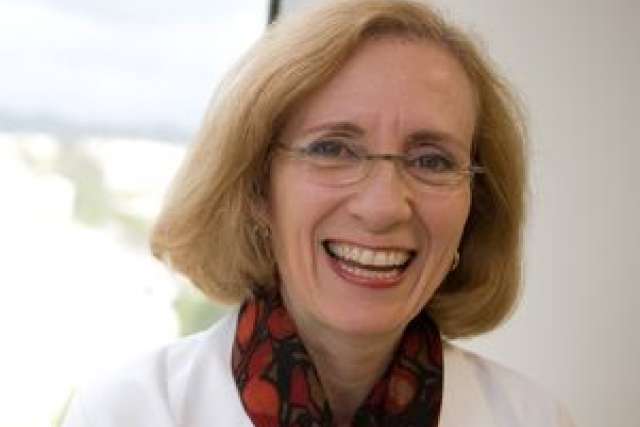 A new UCLA-led study published in the Journal of the American Geriatrics Society found that among adults 65 and older with diabetes, depression is linked with a far greater chance for early death compared with people of the same age who do not have depression.

The researchers suggest that the higher mortality rate among those with depression could stem from the fact that depressed people are less likely than their non-depressed counterparts to adhere to their prescribed medications, diet, exercise and glucose self-monitoring.

The link between depression and mortality among people with diabetes has been the subject of many other studies, but this is the first to specifically compare the phenomenon as it affects those 65 and older with how it affects younger people, said Lindsay Kimbro, project director in the division of general internal medicine and health services research at the David Geffen School of Medicine at UCLA, and the study's lead author.

Each participant was given a baseline survey and was contacted for a follow-up survey six to seven years after the initial interview.

"We found that depression mainly increases the risk of mortality among older persons with diabetes," she said. "Although depression is an important clinical problem for people of all ages, when you split the different age groups, depression in the younger group doesn't lead to increased mortality six to seven years later."

A significant number of previous reports have linked diabetes and depression with an increased risk for premature death, but Kimbro said it now appears that those results may have been influenced by a focus on elderly patients.

The researchers analyzed information on 3,341 people with diabetes. Their data came from Translating Research Into Action for Diabetes, a study that collected health insurance claims, medical chart review, and phone interviews from 10 health plans in eight states.

The UCLA-led team reviewed information for patients 65 and older (1,402 people) and those who were 18 to 64 (1,939 participants), and measured mortality risk as the number of days until death since the time of the interview. The researchers controlled for age, gender, race and ethnicity, income, and co-morbidities such as heart and kidney disease associated with diabetes.

As in previous studies, the results revealed that the risk for early death among depressed people with diabetes was 49 percent higher than among those without depression. However, the correlation was even more pronounced among older adults: Researchers found a 78 percent higher mortality risk among those 65 and older than they did among non-depressed people with diabetes within that age group. For the younger participants with diabetes, the effect of depression on their risk for early death was not statistically significant.

"Our findings highlight the importance of screening for depression among older adults with diabetes, and of encouraging treatment for those who screen positive," said Dr. Carol Mangione, a study co-author who holds the Geffen School's Barbara A. Levey, M.D., and Gerald S. Levey, M.D., endowed chair.

The study did have some weaknesses: Researchers were unable to control for non-medicinal forms of depression treatment, such as therapy and counseling.

Other study co-authors were W. Neil Steers, O. Kenrik Duru and Susan Ettner of UCLA; Laura McEwen of the University of Michigan; and Andrew Karter of Kaiser Permanente.