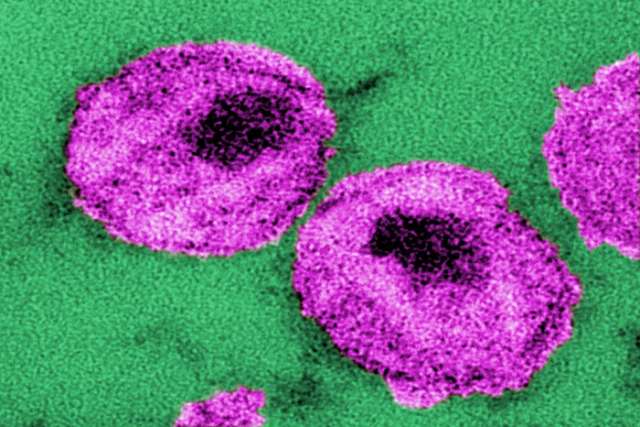 A. Harrison and Dr. P. Feorino/CDC

In a study using mice, a UCLA-led team of researchers have improved upon a method they developed in 2017 that was designed to kill HIV-infected cells. The advance could move scientists a step closer to being able to reduce the amount of virus, or even eliminate it, from infected people who are dependent on lifesaving medications to keep the virus from multiplying and illness at bay.

The strategy, described in the peer-reviewed journal Nature Communications, uses cells that are naturally produced by the immune system to kill infected cells that hide in the body, potentially eradicating them, said Dr. Jocelyn Kim, an assistant professor of medicine in the division of infectious diseases at the David Geffen School of Medicine at UCLA.

“These findings show proof-of-concept for a therapeutic strategy to potentially eliminate HIV from the body, a task that had been nearly insurmountable for many years,” said Kim, the study’s lead author. “The study opens a new paradigm for a possible HIV cure in the future.”

Worldwide, there are currently 38 million people living with HIV, and an estimated 36 million have died of HIV-related diseases in the decades since HIV began circulating, according to UNAIDS.

People with HIV take antiretroviral medication to keep the virus at bay. But HIV has the ability to elude antiretrovirals by lying dormant in cells called CD4+ T cells, which signal another type of T cell, the CD8, to destroy HIV-infected cells. When a person with HIV stops treatment, the virus emerges from those reservoirs and replicates in the body, weakening the immune system and raising the likelihood of opportunistic infections or cancers that can lead to illness or death.

The UCLA-led study continues research on a strategy called “kick and kill,” which many of the same scientists first described in a 2017 paper. The approach coaxes the dormant virus to reveal itself in infected cells, so it can then be targeted and killed. In the earlier study, the researchers gave antiretroviral drugs to mice whose immune systems had been altered to mimic those of humans, and then infected with HIV. They then administered a synthetic compound called SUW133, which was developed at Stanford University, to activate the mice’s dormant HIV. Up to 25% of the previously dormant cells that began expressing HIV died within 24 hours.

But a more effective way to kill those cells was needed.

In the new study, while the mice were receiving antiretrovirals, the researchers used SUW133 to flush HIV infected cells out of hiding. They then injected healthy natural killer cells into the mice’s blood to kill the infected cells. The combination of SUW133 and injections of healthy natural killer immune cells completely cleared the HIV in 40% of the HIV-infected mice.

The researchers also analyzed the mice’s spleens — because the spleen harbors immune cells, it’s a good place to look for latent HIV-infected cells — and did not detect the virus there, suggesting that cells harboring HIV were eliminated. In addition, the combination approach performed better than either the administration of the latency reversing agent alone or the natural killer cells alone.

Kim said the researchers’ next objective is to further refine the approach to eliminate HIV in 100% of the mice they test in future experiments. “We will also be moving this research toward preclinical studies in nonhuman primates with the ultimate goal of testing the same approach in humans,” she said.