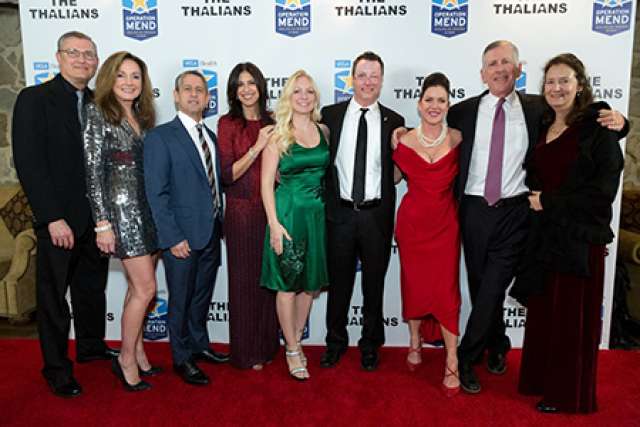 Guests at The Thalians’ Hollywood Holiday Spectacular in December 2018. The group has been an Operation Mend supporter since 2011.
April 15, 2019
Estimated read time: 1 minute

UCLA Operation Mend, which provides free surgical, medical and psychological treatment for post-9/11 service members, veterans and their families, has received a $1 million gift from The Thalians, a Los Angeles philanthropic group devoted to eliminating the stigma associated with mental illness.

Funds will support mental health services for people with post-traumatic stress or traumatic brain injuries, strengthening an intensive treatment program that Operation Mend began in 2016. Starting in June, the program will double the number of participants who receive treatment; the gift will support that expansion.

The Thalians, which was led by the late Debbie Reynolds for more than 50 years, has raised more than $35 million for mental health charities. The group, which counts actors and other Hollywood professionals as its members, has directed its philanthropy toward UCLA Operation Mend since 2011, including a $1 million gift in 2014.

The Thalians' latest gift is part of the Centennial Campaign for UCLA, which is scheduled to conclude in December 2019 during UCLA's 100th anniversary year.