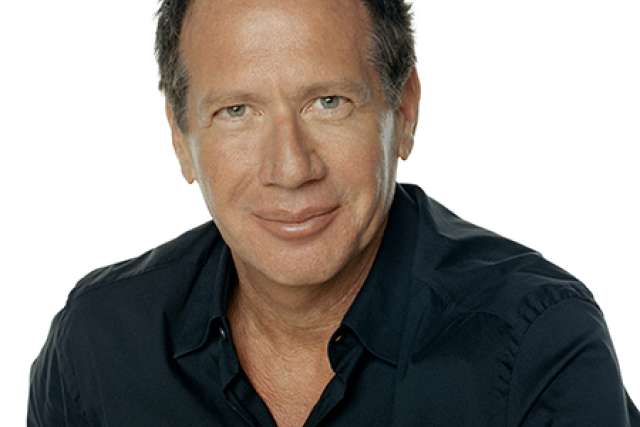 UCLA physicians who cared for Garry Shandling remember him for his concern for others, especially those with similar endocrine conditions.

A bequest of $15.2 million from the estate of entertainer Garry Shandling will advance research in several fields at the David Geffen School of Medicine at UCLA.

Shandling, the comedian, actor, director, writer and producer who died in March 2016, earmarked the funds to benefit three units — the division of endocrinology, diabetes and hypertension; the division of infectious diseases; and the UCLA Agi Hirshberg Center for Pancreatic Diseases — as well as general medical research at the David Geffen School of Medicine, establishing a meaningful philanthropic legacy.

"Innovative medical discoveries and breakthrough therapies developed at UCLA have greatly enhanced — and saved — countless lives," said UCLA Chancellor Gene Block. "Garry Shandling's bequest is a testament to his belief in what is possible at UCLA, and we are fortunate to have merited his support."

Shandling underwent surgery at Ronald Reagan UCLA Medical Center for hyperparathyroidism, a rare condition that can cause heart attacks, and he was open about his gratitude to his doctors for the care he received. Dr. Michael Yeh, the section chief of endocrine surgery, and Dr. Howard Reber, a distinguished professor of surgery, remember Shandling for his intellect and quick wit and for his concern for others, especially those with similar endocrine conditions.

"To meet the challenge of developing the future of medicine in the detection, treatment and prevention of diseases requires committed philanthropic partners," said Dr. John Mazziotta, vice chancellor for UCLA Health Sciences and CEO of UCLA Health. "Mr. Shandling has created a meaningful legacy by investing in research that will yield life-changing discoveries and help countless patients and their families for years to come."

Shandling enjoyed a four-decade career in show business, including as a sitcom writer, stand-up comedian and creator of the critically acclaimed comedies "It's Garry Shandling's Show" and "The Larry Sanders Show." In addition to winning numerous industry accolades, he hosted the Grammy Awards four times and the Emmy Awards three times. His life, career and influence on comedy were chronicled in a 2018 HBO documentary, "The Zen Diaries of Garry Shandling," which was directed and produced by Judd Apatow.

"Garry Shandling's contribution will enhance the innovative research being undertaken by our exceptional team of physicians and scientists," said Dr. Kelsey Martin, dean of the David Geffen School of Medicine. "His generosity will ensure that we have the resources to pursue promising therapies to dramatically improve our patients' quality of life."

The bequest is part of the $4.2 billion Centennial Campaign for UCLA, which is scheduled to conclude in December 2019 during UCLA's 100th anniversary year.